Fancy jetting away to San Francisco? 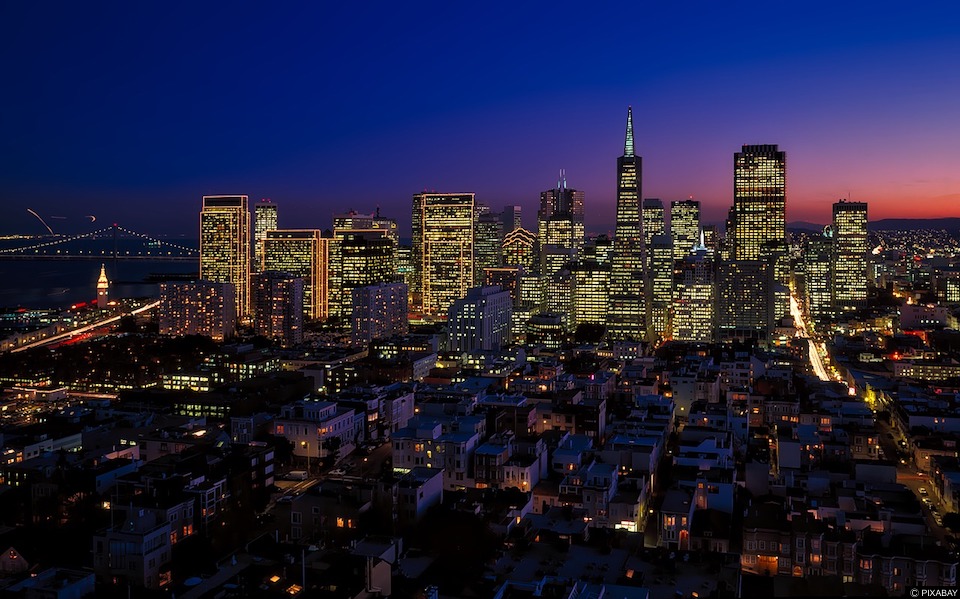 One lucky person is set to win a trip of a lifetime to San Francisco thanks to Liverpool Pride 2017’s airport sponsor, Manchester Airport.

The airport is offering the luxury trip to its newest destination. Flights between Manchester and San Francisco began in March, and makes Manchester the only airport outside of London to have a direct service to San Francisco. Virgin Atlantic and Thomas Cook Airlines both do the new route to the West Coast of the USA.

The prize includes flights and accommodation for two people – so the lucky winner can even take a guest.

To be in with a chance of winning, all wannabe holidaymakers need to do to enter is to purchase a raffle ticket priced at £2 – entries are open now. The closing date to enter is Sunday 3rd September 2017 at 9pm. One lucky winner will then be picked at random at a special prize draw at Manchester Airport on Monday 4 September 2017. Terms and conditions apply (see below in Notes to Editors).

Raffle tickets can be purchased online through the official Liverpool Pride website by visiting www.liverpoolpride.co.uk/raffle

Paper raffle tickets are also available to buy from The Lisbon pub on Victoria Street in Liverpool City Centre; News From Nowhere in the city’s Bold Street; and at various Liverpool Pride fundraising events between now and the festival in August.

Manchester Airport is sponsoring Liverpool Pride for the first time. As well as sponsoring, airport staff will be attending the Pride Festival weekend to join the celebrations – while spreading the message about its 210 global routes, particularly the new direct route to San Francisco.

Patrick Alexander, Manchester Airport’s Head of Marketing, commented: “We are delighted to be working with Liverpool Pride for the first time to support such a worthwhile event. Our newest route to San Francisco is really exciting and showcases our status as a global gateway. What better way to officially start the Liverpool Pride festivities by letting a lucky winner sample this new destination for themselves? We wish everyone who enters the best of luck and look forward to picking the winner.”

Liverpool Pride is a free event, and this year’s festival will again take place across two days at St George’s Quarter – Saturday 29 July and Sunday 30 July 2017.

The event marks Liverpool Pride’s eighth consecutive year, in which time it has become the region’s established annual celebration of all things LGBT attracting over 32,000 festivalgoers last year.

Liverpool Pride Trustee Andi Herring added: “We are delighted that Manchester Airport has come on-board as sponsors of Liverpool Pride 2017, which promises to be even bigger and better than ever before. And we must thank them for this incredibly generous prize, which will most definitely be a trip of a lifetime for the lucky winner and their guest. Buy your raffle tickets now to be in with a chance of winning.”

Manchester Airport with more than 26.5 million passengers has over 210 destinations served by more than 70 airlines. With a catchment area spanning as north as Scotland, south to the West Midlands, west to Merseyside and east to Yorkshire, it continues to add passengers and international routes. In the last year alone it has added direct routes to the likes of Beijing, Houston, Los Angeles, Boston, Mauritius, Phuket, San Francisco and Boston. Manchester is the only UK airport outside of London to offer these routes.

Manchester Airport is supporting the Liverpool Pride Festival 2017 as the Official Airport Sponsor. The airport joins Barclays as the Headline Sponsor, Radio City as the Official Media Partner and Signature Living as the Official Hotel Partner for this year’s event.

Keep up to date with Liverpool Pride’s new announcements at:

THEGAYUK is a media sponsor of Liverpool Pride