Liverpool Pride breaks records with most successful pride in the city 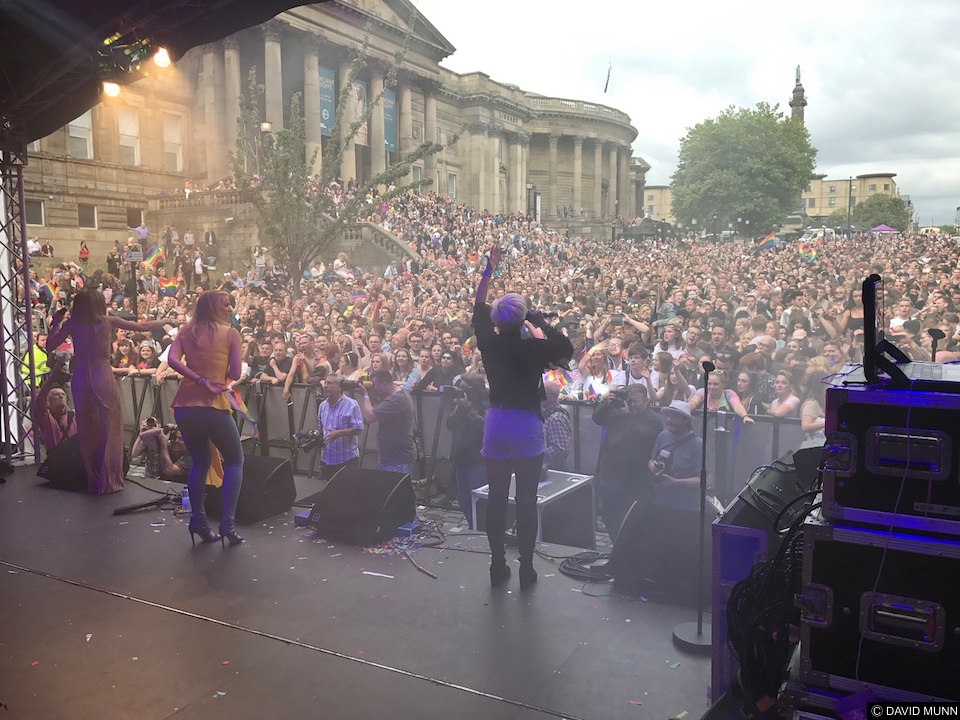 Liverpool Pride has spread huge amounts of International Love with this weekend’s celebrations proving to be the biggest and best yet.

Thousands of people flocked to the two-day LGBT+ celebration which brought a colourful party atmosphere to Liverpool city centre over the weekend.

This year’s Pride celebrated International Love, complementing the city’s 50 Summers of Love programme, and many marchers dressed up and carried flags and banners reflecting the theme as they made their way through the city centre on a route which took in Whitechapel, Lord Street, Castle Street, Dale Street and the Stanley Street Quarter.

The free two-day festival returned to the historic St George’s Quarter for a second year, offering a fantastic line up of non-stop entertainment on both Saturday and on Sunday’s We Are Family Day.

They were joined during the day by a host of top acts including Kym Mazelle, Ru Paul’s Drag Race UK and 90s sensations Livin’ Joy, while the World on One Stage – sponsored by Manchester Airport – celebrated the International Love theme with performances from organisations like Brazilica, Pagoda Arts and Liverpool Irish Festival.

Meanwhile the We Are Family day on Sunday extended the Pride celebrations with X Factor’s Marcus Collins headlining the event.

He was joined by musical theatre stars in the making – boy band Five to Five, who were winners of BBC talent search Let It Shine and who will come to the Liverpool Empire in January in playwright Tim Firth’s new show The Band.

Jennifer John returned to Pride for 2017 with a choral arrangement from eight Merseyside choirs, again celebrating the theme of International Love.

And the day also saw entertainment for all family with a range of fun inflatables, fairground rides, arts and crafts, and international food stalls.

“We are overjoyed and deeply moved that so many people came out to celebrate equality. People took our theme of International Love to heart, making Liverpool a Beacon of hope. Thanks to everyone for making the weekend our best Pride event yet. We are already planning next years event which will take place on 28th and 29th July 2018”

Liverpool Pride also had a hugely successful Come Out Of The Shadows campaign which seen over 30 buildings lit in rainbow colours showing Liverpool as a visibly LGBT+ friendly city and to shine a light on hate crime.

A public exhibition continues in Liverpool ONE until September and Pride at the Pictures film programme, continues at FACT until early September.