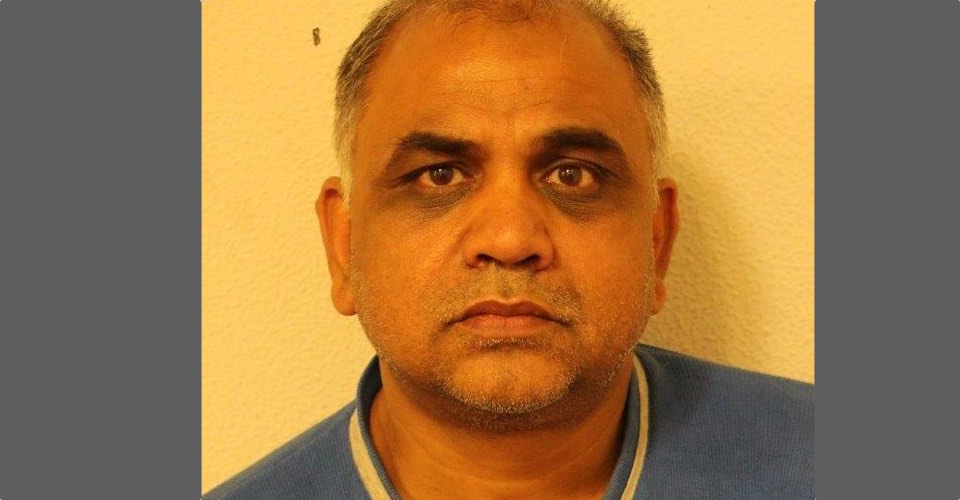 A man has been jailed after he was discovered engaging in sexual activity with a nine-year-old boy on CCTV.

Mohammed Shabir, 49, (11.6.68) a Pakistani national living in Ilford was sentenced to 10 months’ imprisonment at Snaresbrook Crown Court on Friday, 14 July. He pleaded guilty on 29 June to the charge of causing or inciting a child to engage in sexual activity.

Officers were actually investigating another crime when officers stumbled upon the footage of Mr Shabir and the school boy.

The footage showed Shabir engaging in sexual activity with the nine-year-old boy on a pavement near a parked vehicle in Ilford on 25 March.

Mr Shabir was identified and was charged with the offence on 14 June.

“Mohammed Shabir is a very dangerous offender. He targeted this young child and persuaded him to perform a sexual act on him in a public place during daylight hours. This is an unusual case where police were presented with video evidence of a sexual crime against a child whilst reviewing private CCTV for another case.

“Detectives actively searched and located the young child victim in this case who bravely recounted what had happened to him. He and his family are being supported by professionals.”

“The Metropolitan Police are committed to investigating any such offences committed against children and will strive to bring any offenders to justice.”

“Any form of child sexual abuse is horrific but the fact Shabir had the audacity to carry out such a brazen attack in broad daylight is truly shocking.

“Sexual abuse ruins childhoods but with the right support victims can overcome what has happened to them.

“It is imperative that Shabir receives treatment and rehabilitation during his prison sentence to reduce the risk he poses to children upon his release.”