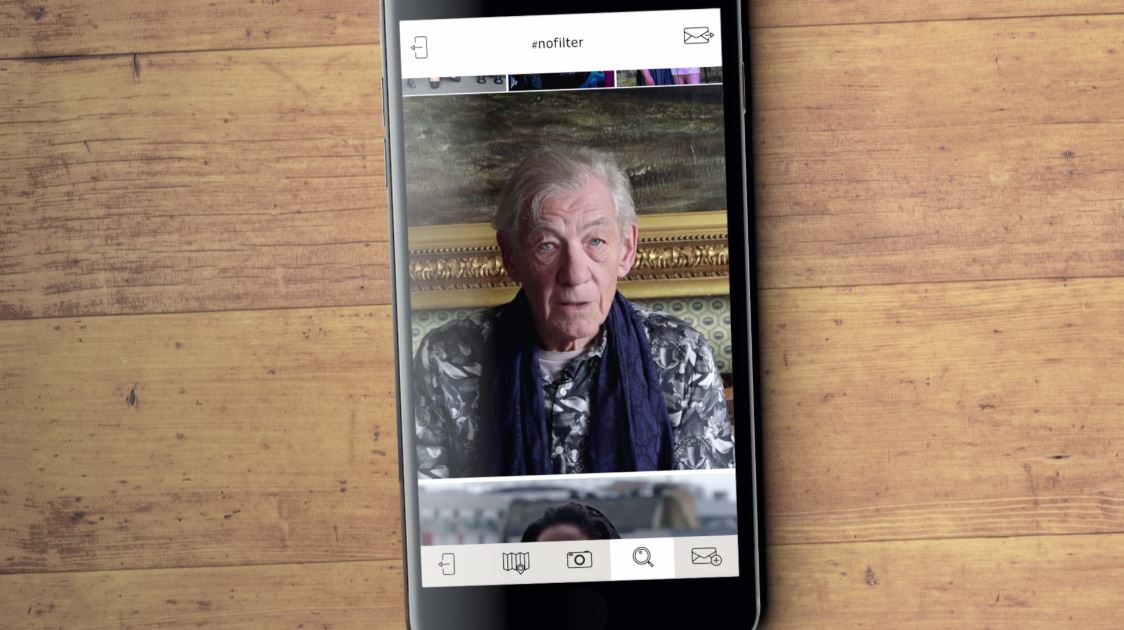 Take a moment to check out this moving video created for Pride In London’s 2016 message – #NoFilter.

The video features prominent members of the community, such as Sir Ian McKellen, Graham Norton and Stephanie Hirst, along with a whole host of people who explain in the video why they’ve decided to live life with No Filter.

The video was created by creative agency WCRS. According to a statement from WCRS,

“The idea comes from the fact that Pride is the one day when the minority become the majority, when people feel free to live their lives without censorship, free to be who they really are and express themselves with ‘No Filter’.”

“WCRS was absolutely thrilled to get the opportunity to work on Pride in London. Not only for the sheer scale of it but also for what it stands for; bringing together a minority that for one event becomes the majority. We have really enjoyed coming up with and rolling out the ‘No Filter’ campaign in collaboration with Pride. It’s been particularly pleasing to see how the LGBT+ community are already responding to it in a really positive way. Bring on the parade on 25th June!”

Pride in London is a two-week festival, from 13 to 26 June 2016, celebrating all aspects of the LGBT+ community. In 2015 one million people came to Pride in London and over 40,000 people joined the annual Parade, which is the city’s biggest one-day event and one of the world’s biggest LGBT+ celebrations. This year’s Parade takes place on Saturday, 25th June, alongside entertainment and campaigning in Trafalgar Square and Soho.

“The ‘No Filter’ campaign is the perfect response to a real issue within London and the UK at large. Our research shows that those in the LGBT+ community are far more likely than heterosexual people to fear showing their true selves at work, and in public. Pride in London is a fabulous celebration of all that we have achieved together, and the fact that we are moving towards a more equal society. But we still have some way to go, and as long as that is the case, we will keep campaigning. WCRS really understood not just what we were trying to achieve, but – crucially – why, and we are delighted with the outcome of their work.”

Don’t forget if you’re going to Pride to check out Pride In London’s official merchandise shop (hosted by TheGayShop) where you can find an exciting array of Pride In London goodies along with pride t-shirts, rings, bracelets and much more.