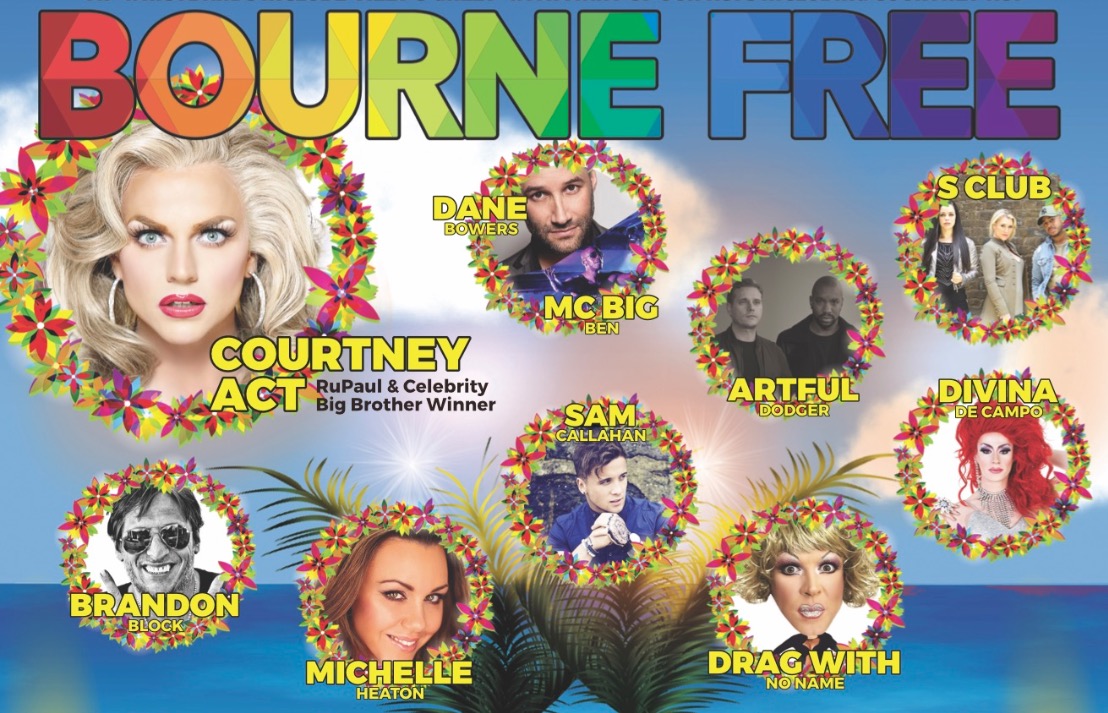 Bourne Free is about to go into its 14th year - so who is going to be performing this year's pride event in Bournemouth?

Bourne Free is about to go into its 14th year – so who is going to be performing this year’s pride event in Bournemouth?

Heading to Bourne Free this weekend and wondering who’s performing at the bandstand and at the triangle? We’ve got all the goss.

Sponsored by Ellis Jones Solicitors, the bandstand will be packed full of entertainment from 12:30PM until 4:30PM. The entertainment will be officially opened by the Mayor of Bournemouth and the show will be hosted by Lea Martin and Sheila Tackya.

Who is performing at The Triangle on pride night in Bournemouth?

Performances are scheduled to start at 7:00 PM.