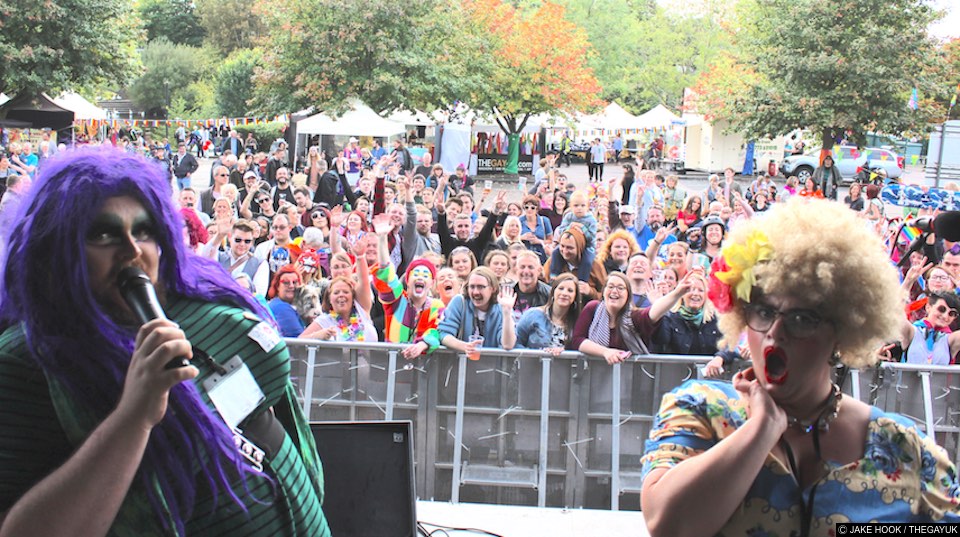 Hundreds of people attended the first ever pride in Worcester yesterday – with the proceedings kicked off by the city’s Mayor, Steve Mackay.

Scores of people enjoyed a day of festivities, colour and music in the city of Worcester yesterday – as the city celebrated its first ever Worcestershire Pride.

The event kicked off with a speech from Mayor Steve Mackay at Midday and continued until 8 PM with performances from X Factor’s Freddy Parker and Ginny Lemon.

The mainstage show was hosted by the fabulous Princx and joined on stage by Woofy Powder.

The pride took place in  The Fountains and Copenhagen Street car park by South Quay and according to organisers took a year in the planning. The pride was also awarded a £9,900 lottery grant to put on the pride.