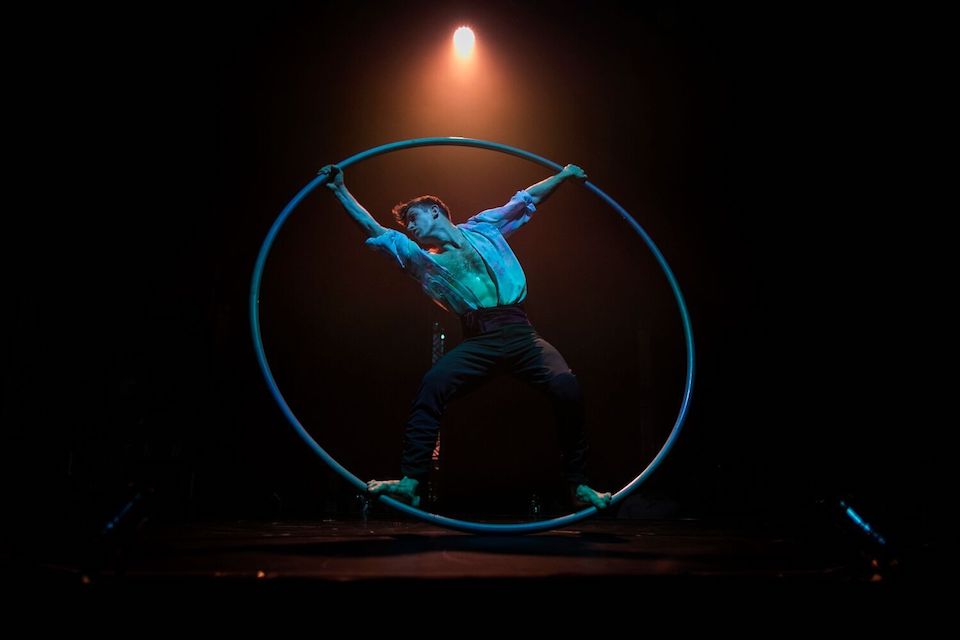 The Black Cat cabaret has been slinking its way round the London circuit for a good few years and frankly, it’s starting to look a bit mangey round the haunches. This autumn’s incarnation is themed around Bohemia with an attempt at a demi-monde atmosphere but which has about as much relation to the bohemian style as an afternoon sipping Sherry and nibbling on Bourbon biscuits with your auntie Pam from Dagenham.

The problem lies, not in the acts but in the overall show which is lacking in edge. If you’ve seen cabaret before you’ll also have seen it all before and it’ll either have been similar, better or worse in quality than you witness here, which isn’t the problem.

There’s the usual acrobatics, fire-eating and hoop work and all of it’s pretty much faultless. However, the seven performers feel like a backdrop to the talents of compere Laura Corcoran (a.k.a. Frisky). She banters with the audience, makes jokes, sings a medley of uninspired musical choices (and at times unwise ones such as the choice of trying to cover ‘Wow’ by Kate Bush (who’d even try that?)

There’s nothing wrong with her work. She’s archly funny and generally fun but there’s just too much of her. Way too much. It feels like the cabaret performers get a brief chance to pop on, do a turn and pop off again and then she’s off again. On the rare occasions that there’s an atmosphere building up or the remotest hint of thrill then she quickly re-appears and the mood returns to bawdy comedic chit chat, dashing any hope of anything that feels cohesive or novel.

If you’re a huge fan of Miss Frisky then knock yourself out. This is her night and she’s largely only briefly interrupted in owning the stage. If you’re after something darker and more edgy and with some variety then there’s plenty more cabaret shows on the circuit.