FILM REVIEW | Butt Boy – has to be seen to be believed! 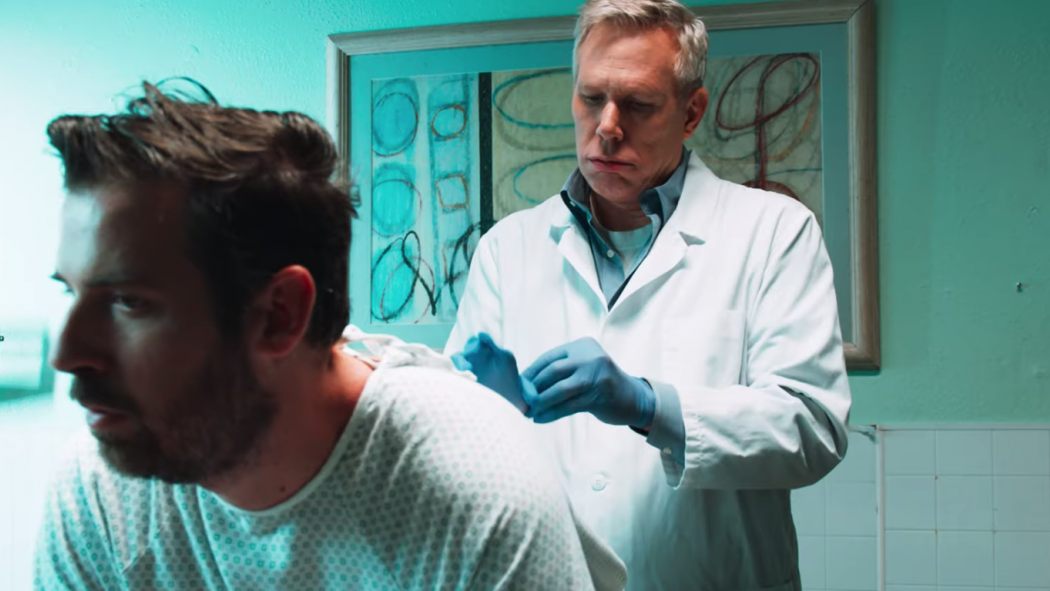 A film with a title Butt Boy and a tagline ‘assume the position’ surely has to be watched, no?

The title does have a sexual connotation but this is not what the film is about – in a way.

Butt Boy is actually a dramatic horror film where you’ll laugh because it’s just so ridiculous!

The story is about one man with a mundane job and a mundane family – he has no joy in life whatsoever! Then one day he goes to see his doctor for a physical where the doctor does the inevitable finger up the ass prostate exam. However our hero, former alcoholic Chip (Tyler Cornack – who also wrote and directed this plum role for himself – not), really enjoyed the prostate exam. He enjoyed it so much that when he gets home he starts to insert more items up his arse, including butt plugs. But these items go up and then inside him. Soon enough household items, his dog, and then people go up there. Yes, you read that right – his butt starts sucking up people.

At an AA meeting Chip is assigned to be the sponsor of new guy Russel (Tyler Rice), a police detective. After a child goes missing at Chip’s company on bring your child to work day, Russel is coincidentally assigned to the case. And while he doesn’t quite want to investigate Chip despite all evidence that seems to point to him, Russel goes missing too, and I don’t have to tell you where he winds up! It’s hard to believe plot that just keeps getting messier and messier until the penultimate final scene that’s truly explosive!

Critics have been harsh to this film, yes it’s bad. But it’s a film that’s not meant to be taken seriously (come on – with a title like that you can’t take it seriously). Good turns by Rice and Shelby Dash who plays Chip’s frustrated wife elevate the film a bit, but it’s ultimately a film that will definitely take your mind off real-world problems!

Available on Amazon and all good digital retailers.