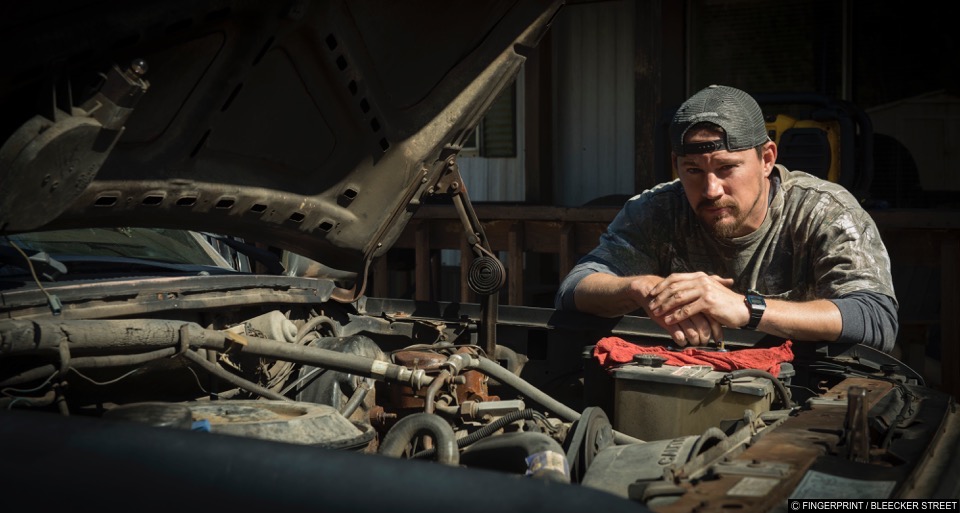 The man who gave us Sex, Lies and Videotape, Out of Sight, Erin Brockovich, Magic Mike, and the Ocean’s Trilogy (Steven Soderbergh) has returned with a film that, while it’s not groundbreaking, is littered with excellent performances but its a case of been there seen that.

So alike Logan Lucky is with Ocean’s Twelve and Thirteen that it could as well have been Ocean’s fourteen but set in the Confederate state of Virginia. Logan Lucky is the story of a bank robbery, a bank robbery that’s so cleverly planned and executed that it’s a bit unrealistic and unbelievable.

Channing Tatum is down on his luck Jimmy Logan who can’t seem to get a break and keep a job due to his permanent limp. His daughter, Sadie (a memorable and amazing little Farrah MacKenzie) is a beauty pageant winner wanna be, and she’s in the care of his ex-wife Bobbie Jo (a very good Katie Holmes). His one-armed brother Clyde (a good as usual Adam Driver) owns a bar called Duck Tape, and they have a sister Mellie (Riley Keough). Jimmy, after talking to brothers Sam (Brian Gleason) and Fish (Jack Quaid), who have mentioned that their other brother Joe (Daniel Craig, at his best ever, better than his James Bond character), who happens to be incarcerated, can and will break out of jail and can help the gang break into the underground cash-handling system at the Charlotte Motor Speedway during one of the it’s busiest days of the year – the Coca Cola 600 race. Did I mention that the plot is a bit far-fetched?

Clyde (who got himself arrested just for the sole purpose of helping Joe escape jail for the day) and Joe successfully, in another ridiculous moment, escape jail. And it’s then a dream team attempting to steal money from a stadium chock-a-block full of people yet there is absolutely no one guarding the underground area where the money is dropped in via a tube system. Absolutely no one, not a security guard, employees, garbage collectors, no one at all. And all seems to go according to plan, thus lacking in any suspense whatsoever.

It’s in the performances where Logan Lucky is saved, barely. Craig is fantastic as the seasoned thief, Driver is good (as always) as the one-armed brother. Holmes surpasses expectations as Jimmy’s ex-wife who is now married to a wealthy man (more of her in the future please), while Seth MacFarlane is unrecognizable and fantastic as an arrogant personality famous for who knows what. The script, by Rebecca Blunt, has some very good moments but Logan Lucky is basically “Ocean’s 14” but with a better cast and a cool and quirky Southern vibe. Perhaps Soderberg’s next film will be an original, this one certainly wasn’t. But he’s putting together “Ocean’s Eight” at the moment, so it will be more of the same.