FILM REVIEW | Out In The Dark 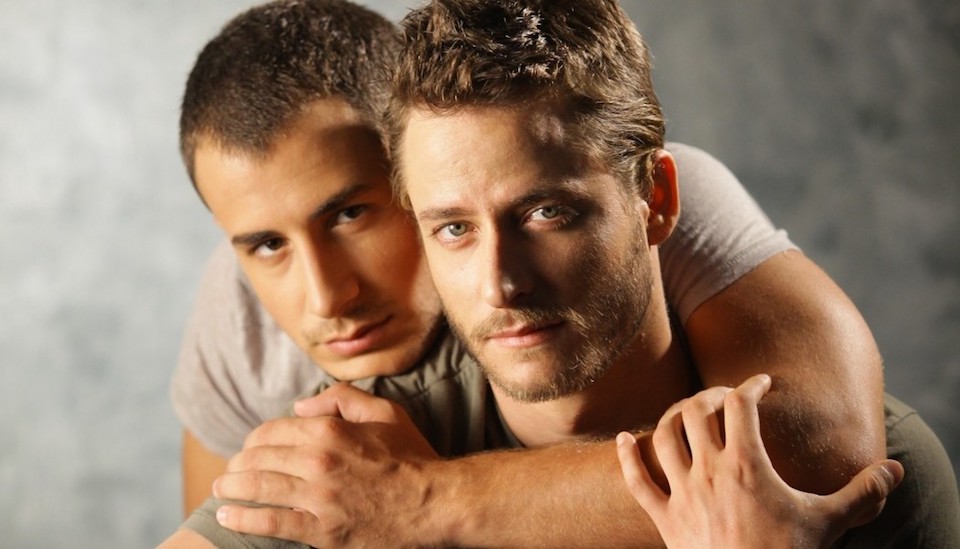 Nimr is in Tel Aviv to visit his old friend Mustafa in a gay bar where he works since moving from Ramallah. Once there he meets Roy a very flirtatious your lawyer who gently puts the moves on equally handsome Nimr who is quickly smitten and is soon ready to make a night of it. However, he is offered a ride for the daunting journey home so they reluctantly say their goodnights. Nimr promises to call, but the chances of that are slim, as he is a Palestinian and is there illegally, and Roy is an Israeli Jew.

However back home psychology student Nimr is offered a place on a special course in Tel Aviv and along with that comes a permit to enter Israel at any time he wants. It’s something that his militant older brother hates, but on the other hand, something that a very surprised and delighted Roy loves. As the young couple gets to spend time together, within a short time it is clearly not the only thing Roy loves, and the feeling is obviously mutual.

Whilst Nimr must remain totally closeted to all his family back home in Ramallah for fear of his own life, in Tel Aviv, Roy takes him to formally meet his liberal parents who don’t actually welcome their son’s Arab boyfriend with open arms as he expected them too.

And then suddenly the two men’s somewhat precarious lives together now becomes outright dangerous especially after the Israeli authorities deport the very flamboyant Mustafa. Once home he is beaten to death for the dishonour his (very open) homosexuality has brought on his family. Soon after the Israeli Authorities suspect Nimr’s brother of terrorist activities and having his own arsenal of weapons, they then take Nimr’s travel permit away unless he will agree to spy for them.

He refuses and so they ensure that the elder brother knows of his gayness which is, just cause, for the family to at once disown him and beat him to death. In the only act of compassion, we see towards any gay person in this film, the brother allows him to escape back to Israel where it looks like the Authorities may even finish the job for him.

This heart string tugging story of forbidden love from LA based Israeli newbie director/writer Michael Mayer follows in the well-trodden footsteps of filmmaker Eyton Fox (Yossi & Jaeger, The Bubble) with this story of how being gay just adds yet one more obstacle to living in this troubled region. Mayer’s convincingly real love story between these educated young men works really well because of the chemistry between his two talented lead actors Nicholas Jacob & Michael Aloni.

What makes it even more interesting is the fact that whilst its the deeply entrenched extreme politics that are the main cause of the couple’s problems, the story never focuses on their own beliefs but purely on the disastrous effects it has on them. And to my knowledge, it’s also one of the very few gay films that have ever dealt with barbarous ‘honour’ killings.

It is nigh on impossible to find an Israeli or Arab movie with a gay romance that doesn’t involve a great deal of danger and death (Fox’s recent sequel ‘Yossi ‘was a rare exception). It’s all the remarkable then after the horrors that Nimir and Roy went through that the overwhelming feeling that one came away with from this movie is the fact there is hope. It’s probably one of the reasons why it’s picked up almost a dozen Awards in Festivals worldwide already. Many of them as Audience Favourite.

Be warned, as well as having you reach for the Kleenex, this movie will in parts, make you very angry/horrified too. It is, however, a definite ‘must see’.