Gay films to be shown at the 70th Cannes Film Festival 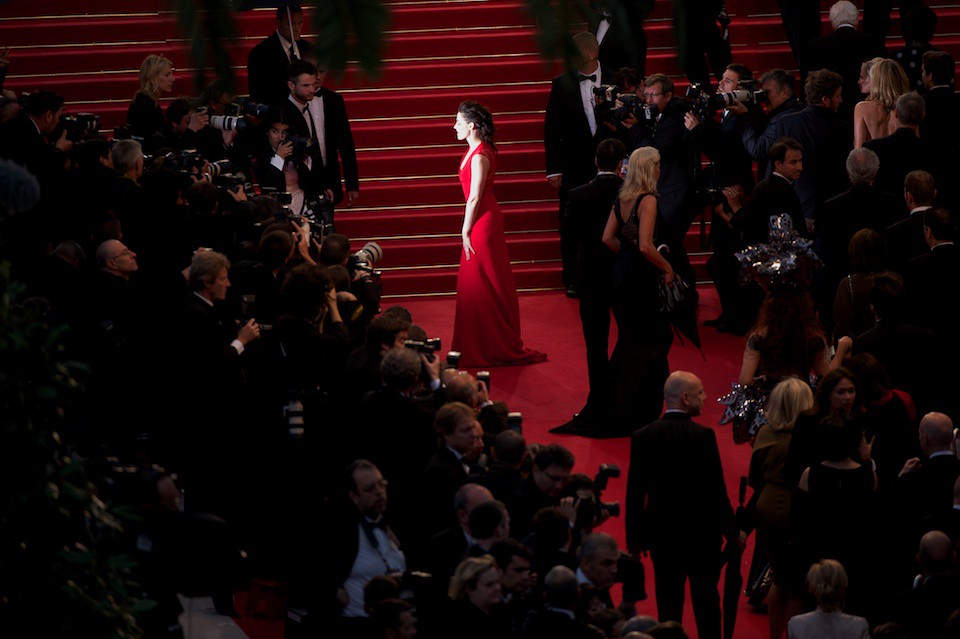 The 70th Annual Cannes Film Festival has started today and will show many films from all over the world, including films that will compete for the prestigious Queer Palm Award.

How to Talk to Girls at Parties, by John Cameron Mitchell (Hedwig and the Angry Inch), stars Nicole Kidman (who is in four films at the festival), Elle Fanning and Matt Lucas and is about a couple of British 1970’s teen-aged boys who go to a party to meet girls, only to find that the girls are very different from their expectations.

Coby. A 21-year old Ohio woman changes her gender and becomes a boy in this very intimate movie about Coby’s journey to manhood.

They is a coming of age drama where ‘J’ has been diagnosed with Gender Identity Disorder and decides to go by the name ‘They’ and then proceeds to take hormone blockers to suspend their puberty. Directed by Iranian Anahita Ghazvini Zadeh.

Marlina the Murderer in Four Acts. A woman is robbed in her home by a gang but accidentally she kills the leader. She is then haunted by him which in turn completely changes her life. Directed by Indonesian Mouly Surya.

Nothingwood is a documentary about Salim Shaheen, the most popular and prolific actor-producer of Afghanistan, who makes relentless Z series films in a country at war for more than thirty years. Directed by Sonia Kronlund, who says that Shaheen like a sort of Ed Wood, but on a much grander scale.

120 beats per Minutes (120 Battlements Par Minute) is a French drama which depicts a group of HIV/AIDS activists associated with the Paris chapter of ACT UP.

Golden Years premise revolves around newlyweds Paul and Louise as World War I breaks out. Paul, a soldier, maims himself and deserts his post. So Louise dresses him up as a woman called Suzanne, and they hand out in the debauched Paris of the Golden Twenties and he earns quite a reputation for himself. Directed by prestigious French film director André Téchiné.

Other films to be shown at the festival include:

–Okja and The Meyerowitz Stories are two films produced by Netflix. Okja stars Jake Gyllenhaal and Tilda Swinton about a girl who risks everything to prevent a powerful multi-national company from kidnapping her best friend – a massive animal, while The Meyerowitz Stories stars Adam Sandler, Ben Stiller, Emma Thompson and Dustin Hoffman about siblings dealing with an ageing father.

Amazon is also in the game with:

Wonderstruck – Amazon Studios
–Wonderstruck, starring Julianne Moore and Michelle Williams and tells the story of two deaf children living parallel lives in the 1920s and 1970s, and
–You Were Never Really Here starring Joaquin Phoenix as a war veteran who tries to save a sex-trafficking victim.
–Good Time. Robert Pattinson plays a bank robber who struggles to evade the police.
–Happy End. Isabelle Huppert, fresh from her award-winning performance in Elle, is in this family drama that is set against the backdrop of the European refugee crisis.
–The Killing of a Sacred Deer. Kidman and Farrell (again) star in this tale of a boy attempting to bring a talented surgeon into his family, with disastrous consequences.
–L’Amant Double (The Double Lover). Popular French Director Francois Ozon’s thriller about a young woman who falls in love with her therapist before realising he’s not who she thinks he is.
–A Gentle Closure. A Ukrainian film that tells the bleak tale of a woman trying to learn the truth about a prison in remote Russia.

The year’s film festival includes 49 films from 20 countries, including nine feature debuts. Kidman will also be seen in a screening of Jane Campion’s television series “Top of the Lake.” The Cinéfondation is the short film section of the festival, to be be presided over by Romanian Director Cristian Mungiu. And Italian actress Monica Bellucci will host the open and closing ceremonies.

Members of this year’s main jury include gay filmmaker Pedro Almodovar who will be joined by American actress Jessica Chastain, among others. One of the prizes to be given out is the Caméra d’or, awarded for best first feature film (which was won by British Director Steve McQueen in 2008 for Hunger). And the town of Cannes will be taken over by the attendees of this film festival which is a must to attend for anyone in the film industry, and even if you are not, it’s just great to soak up and take in the glitz and the glamour, and it will make you feel like you are really part of something special.