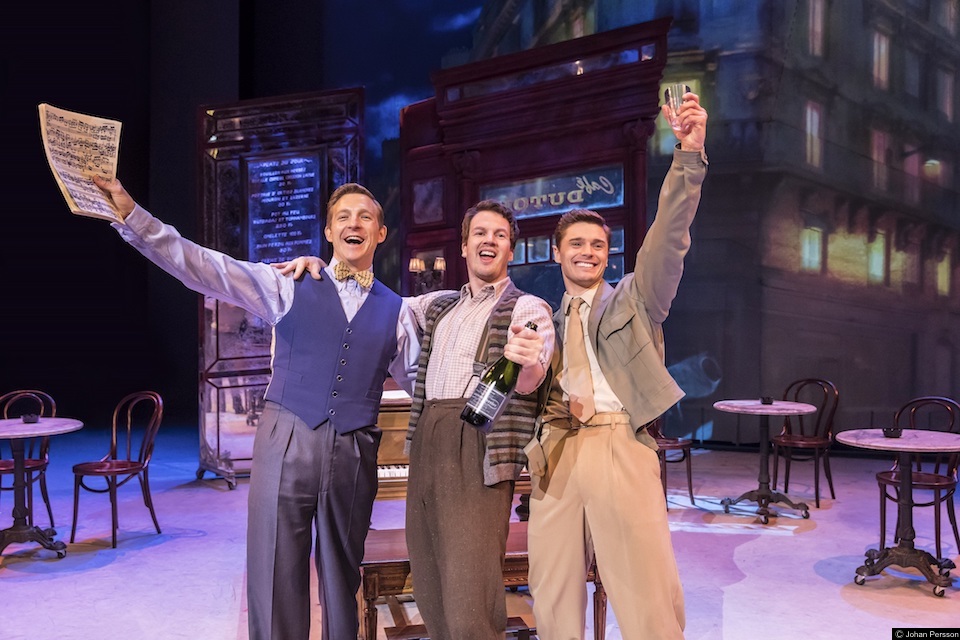 Post war Paris 1945 and there’s a definite mood for love in the air after the desolation of World War II. Handsome American soldier and aspiring artist, Jerry Mulligan is eager to experience all that Paris has to offer and is quickly smitten with Lise, a young ballerina with a troubled wartime past. Naturally, it’s all a bit complicated as Jerry isn’t the only one after Lise’s affections.

Garnering an impressive set of 5-star reviews when it opened earlier this year it’s not hard to see why this adaptation of the classic film is such a smash hit and an absolute must see. Beautiful scenery, handsome men some belting tunes apart, you’ve now got a good reason to make a return visit (not that you’d need one) as the production has a hot new lead dancer/singer/actor by the name of Ashley Day.

Ashley is a sensation. He’s not just a pretty face and toned body either (but oh what a pretty faced and toned body). He bounds around impressively with enough grace and elegance to make you wonder if he’s got some genes that mere mortals like us don’t possess. He also gives a fine acting performance and can belt out a tune. He slots beautifully into the more than able cast.

This is an impressive show on many levels and not least of its achievements is the breath taking scenery. The back projections and stage trickery with perspective are beguiling and I’d happily just sit and watch the painterly strokes as the stage becomes a giant canvas awash with colour. There’s also the famous prolonged dance sequence, the classic hits of Gershwin and if that’s not enough there’s even Paul McCartney’s ex-girlfriend and cake baker extraordinaire Jane Asher.