THEATRE REVIEW | Devil With the Blue Dress, The Bunker 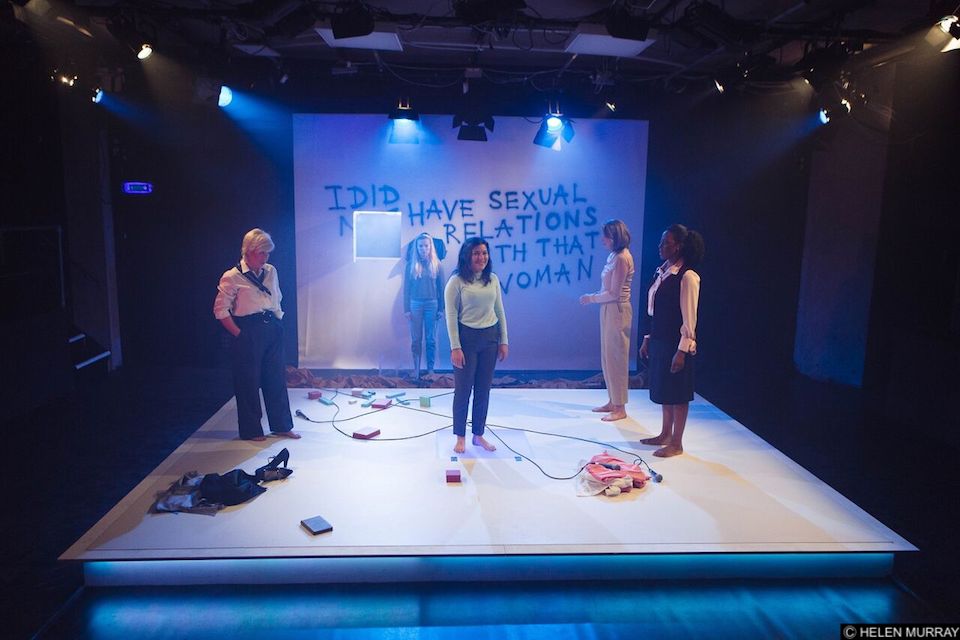 If you’re old enough to remember 1998 then you’ll recall a lot of fuss about a certain chalky stain down the front of Monica Lewinsky’s dress and a gag-worthy tale of a cigar being inserted into somewhere distinctly non-oral. Old news? Well, yes and no. Whilst Monica might not have dry-cleaned that dress, Hilary Rodman Clinton certainly cleaned up in the popularity polls and a chain of events began that came to an abrupt halt during the recent election. Sometimes being the wronged wife has its fringe benefits and the other woman isn’t always the villain of the piece.

Kevin Armento’s witty take on the tale is a meta-theatrical absurdity. The characters know they’re in a play and the story is told by five women who featured in the story of Bill definitely ‘having sexual relations with that woman’. Hilary and Chelsea and the Bill’s secretary/go-between meet on stage with Monica and her confidante/betrayer Linda. Bill doesn’t appear but is voiced by the women around him as well as a plaintive saxophone. Whilst it’s a clever piece, it occasional lacks dramatic climax (unlike Mr Clinton) and feels more like reportage but it’s fun and thought-provoking nonetheless.