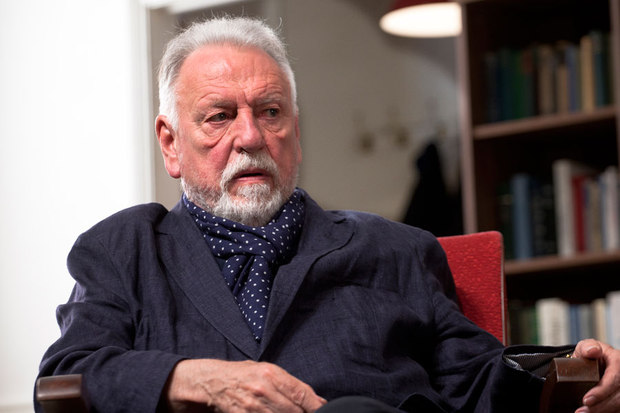 ★★★★★ The Father | Now eighty years old, Andre was once a tap dancer. He lives with his daughter Anne and her husband Antoine in Paris.

Or was he an engineer whose daughter Anne lives in London with her new lover, Pierre? And what happened to his other daughter? Why has she stopped visiting? The thing is, he’s still wearing his pyjamas and he can’t find his watch. He’s starting to wonder if he’s losing control.

After runs in Bath and at The Tricycle Theatre and an award winning, critically acclaimed West End run last year; Kenneth Cranham (Winner of The Critics’ Circle Best Actor Award) reprises the role of Andre for thirty-eight performances only. Amanda Drew (fresh from a triumphant run in ‘Three Days in the Country” at The National Theatre) takes on the role of Anne.
ADVERT

A play about a man with Alzheimer’s Disease doesn’t necessarily sound like an appealing subject for a West End play but watching The Father is definitely an experience not to be missed. The play starts innocuously enough with a scene in Andre’s flat where he’s having a discussion with his daughter. With a sudden discordant refrain of music and a flash of light; things begin to re-arrange and the things you thought that you were witnessing take on new interpretations. The audience is never quite sure of the line between truth and delusion. Rather than being disconcerting; this conceit is intriguing and strangely moving, as we enter the perspective of a vulnerable man, suffering from a debilitating illness.

Cranham’s Olivier Award nominated performance as Andre is like a master-class in acting and his depiction of the character is both hilarious and intensely moving. He captures a man who was clearly once suave, witty and charming but also irascible, headstrong and frustrating. Drew is perfect as his harassed daughter. Her depiction of a woman on the edge who is torn between duty, affection and trying to lead her own life is very powerful. Her barely concealed distress is subtly played and entirely credible. Miriam Buether’s stylish set is pivotal with subtle diminishments working well as a metaphor for Andre’s loss of function.

The Father is well worth catching while you can. It’s a very poignant but ribald play that left me feeling haunted by the performances.