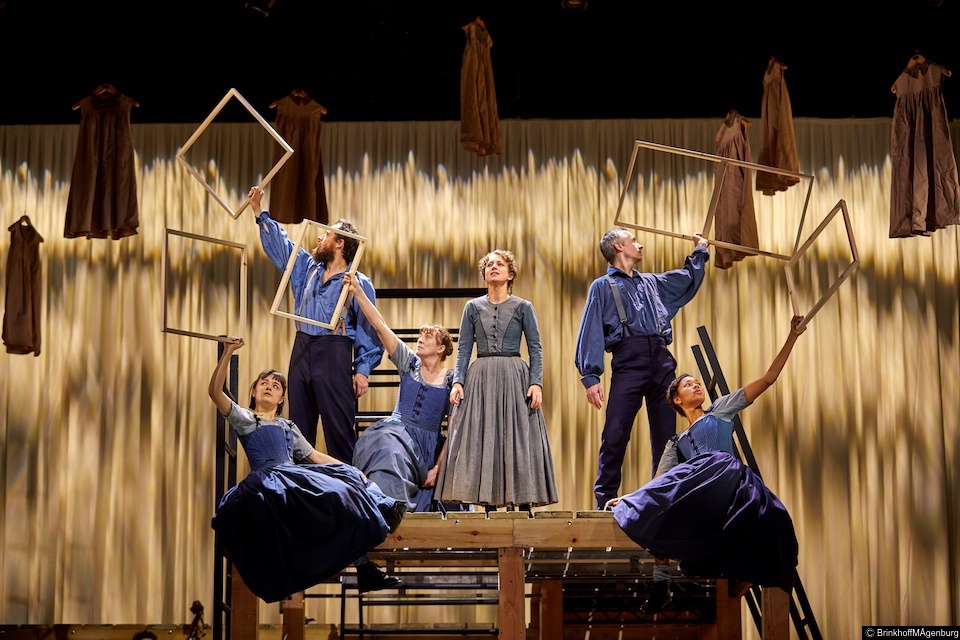 A rollercoaster of emotions that kept on plunging.

Charlotte Bronte’s Jane Eyre is plagued by circumstances from which she has no power over; from childhood abuse, to later mistreatment in the Lowood School for orphaned girls, Jane suffered for the greatest part of her life. The National Theatre and Bristol Old Vic came together to create a haunting masterpiece that was seen last night at The Birmingham Rep. The rawness of emotion and the simplistic style of setting captured the audience’s attention and tugged on heartstrings.

The acting and the synchronicity of movement were astonishing in Jane Eyre. The ensemble pieces were performed to such a high standard, even the breathing was in sync. Nadia Clifford, who plays Jane Eyre, was formidable in her captivating portrayal of Jane’s life. Nadia embodied Jane Eyre with so much sincerity and passion, it was as though Nadia had been through similar tribulations. Her movement and voice, as well conveyance of emotions throughout the play, were so strong and authentic. Nadia stole the show.

Every cast member showcased uniqueness and dexterity with multipart playing, while acting, moving and singing. I particularly enjoyed Paul Mundell’s representation of Pilot, Mr Rochester dog. Paul used a device which he smacked against the side of his leg to simulate tail wagging which was a fresh take to a human portraying a dog without costumes or gimmicks. Paul’s canine mannerisms and movements really contributed to the sophisticated and brilliance of this production. Evelyn Miller was a fierce multipart player, portraying different characters so uniquely that, if it was not for the small-ish cast number, I don’t think I’d recognise her. She was soulful and powerful in delivery and the characters were really earnest. The queen of playing a plethora of characters was Hannah Bristow. Hannah played five characters and she was brilliant with everyone. Her portrayal of Helen Burns was very touching and emotional. Lynda Rooke was really great at playing the revolting Mrs Reed and then playing a sweet and homely Mrs Fairfax – great contrast of characters. The music trio were not only pleasing to the eye, but they were supremely talented both vocally and with playing different instruments – and acting too! I also really enjoyed Melanie Marshall’s angelic and demonic vocals as Bertha, creating an eerie and surreal atmosphere.

Jane Eyre is a powerful novel, and seeing it live on stage is an experience that is unforgettable. Thank you, National Theatre!