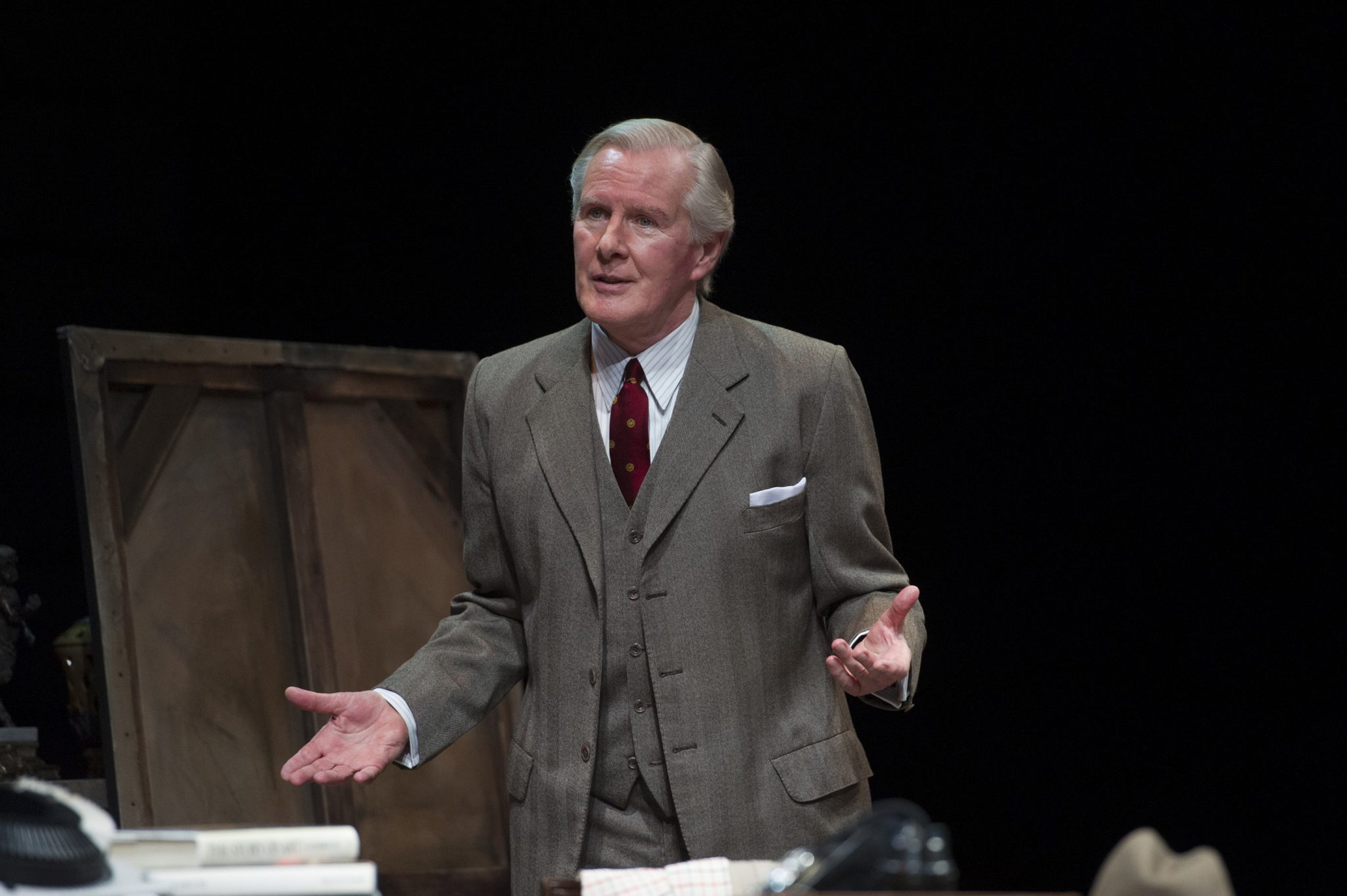 ★★★★★ Single Spies | Divided in to two separate plays –‘An Englishman Abroad’ and ‘A Question of Attribution’, ‘Single Spies’ conveys an era in which spying and mistrust was a fashion statement.

An historical account of two spies takes to the Birmingham Repertory Theatre stage with a flawless, stunning and sensational visual, etching the history of the two spies – Antony Blunt and Guy Burgess, infamy of which bred danger and enigma in their day. ‘Single Spies’ is eloquent, magnificent and is as biographical as one can get about the two gentleman.

The set was embedded with symbolism from the colour red via the carpet which represents the Soviet Russia during ‘An Englishman Abroad’; the art work in ‘A Question of Attribution’, with naked men appearing in between Her Majesty’s art collection, had homosexual connotations announcing Antony Blunt (David Robb) as indeed a gay man. On this theme, Guy Burgess (Nicholas Farrell) is ceded young Russian men, in the shape of labourers for his ‘perusal’. Both spies were in an industry where being gay was a crime, yet in exchange of high quality service, even the Russians were very happy to oblige. Of course, this is an irony of the day of which is felt stronger today.

Homosexuality is a motif embroidered in both stories, and although sinful at the time, it seemed very open and frank in its evocation to the point of Coral Brown (Belinda Lang), who was an actress and Guy Burgess’ friend enquiring about what man did he ‘seem fit’ for him at the time. Also, Antony Blunt’s friend, Chubb, accommodates the talk of men that Blunt knew and had a history with through the visual presentation of photos, one of which featured a naked man.

The power-house tryptic of Nicholas Farrell, Belinda Lang, and David Robb culminated in a performance that was perfect in action, voice, dexterity and though some (maybe most) puns/jokes had in these stories went straight over my head, because of my youth, they made it feel as though I was a part of them anyway. With their masterful comedic-timing and flair of movement, ‘Single Spies’ became a sensation whereby I would be happy to watch again.

The sterling performance of Belinda Lang playing Her Majesty the Queen in part two, has got to be the best acting moment I have ever seen at The Birmingham Rep, the way she spoke, moved and characterised was something to be framed and placed on a wall for all eternity.

Forget studying history at school; buy yourself tickets to go and see ‘Single Spies’ and experience an education unrivalled.