THEATRE REVIEW | Sleepless – Troubadour Wembley Park Theatre – This is what theatre is all about! 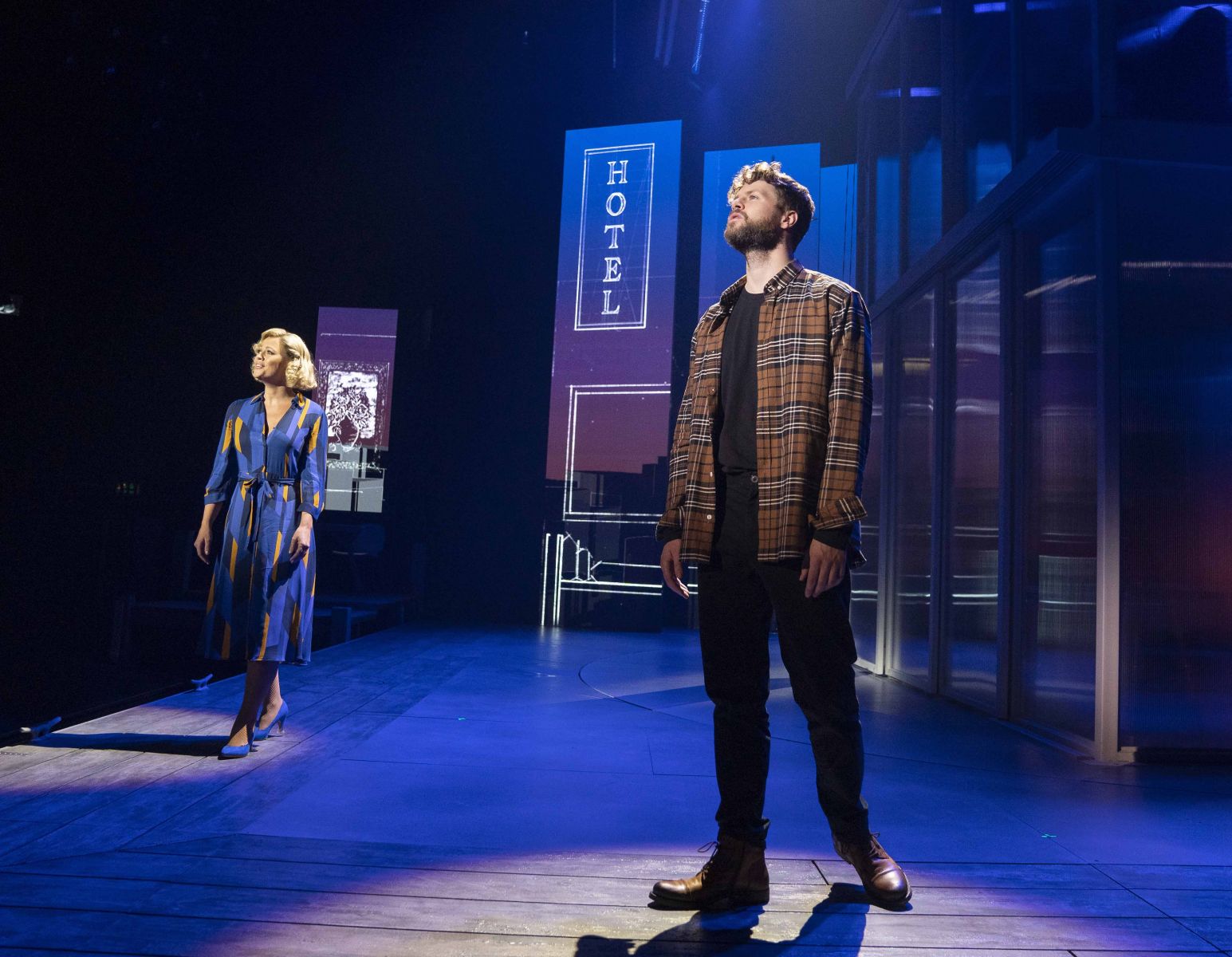 The West End is back, and it’s in Wembley!

Sleepless the first major stage productions to open up in London in 6 months (Regent’s Park Open Air Theatre opened in Mid-August with Jesus Christ Superstar). Originally scheduled to open on April 1st, it was sidelined, like all other productions, until further notice. But now it is here, and it’s a fun and lively show that will keep you entertained and emotional, not just because of the romantic plot but also because it’s a real live show that you’ll be watching, and not a taped show on your laptop!

Playing at the Troubadour Wembley Park Theatre, in, yes Wembley (not quite the West End), Sleepless is based on the 1993 hit film Sleepless in Seattle (which starred Meg Ryan and Tom Hanks). And while stars Jay McGuiness and Kimberly Walsh are no Hanks and Ryan, they make a fantastic pair as a man and woman who are destined to be together.

If you don’t know the plot, McGuiness is single father Sam. His wife passed away a year ago and he is left with young son Jonah. Jonah calls into a radio station to announce that his father is available to meet someone new, very much to Sam’s dismay. Enter Walsh’s Annie, a journalist about to be married to the dull but romantic Walter (Daniel Casey). When Annie hears about Jonah’s plea, she somehow feels that for her it’s a true calling, and she decides on a rendevous time and place in the hopes that Sam will be there and then. Of course, Sleepless ends on a happy note, and without giving too much away it’s happily ever after, with toe-tapping songs and a very good supporting cast to get us to the happy ending. While it’s not quite award-winning stuff, it gets my award for bringing a smile to people’s faces, and for ambitiously opening up.

The seating capacity at this very large and very new theatre has been reduced from 1,300 to 400. Masks are required to wear while inside the auditorium (including the bar area), temperature checks and track and trace are there as you walk into the compound, and the cast and crew are subject to daily testing. But it’s a magnificent theatre with a bar outside and inside and plenty of space to move around.

But here’s to producers Michael Rose and Damien Sanders for getting this show, a brand new one never been done before, up and running. Kudos to Michael Burdette for the book, Robert Scott and Brendan Cull (new British writers) for the music and lyrics, and the 12 piece orchestra. And kudos to the people you see on stage – they all make it look so seamless and easy, making us forget, temporarily, the events of the past 6 months.

This is what theatre is all about.