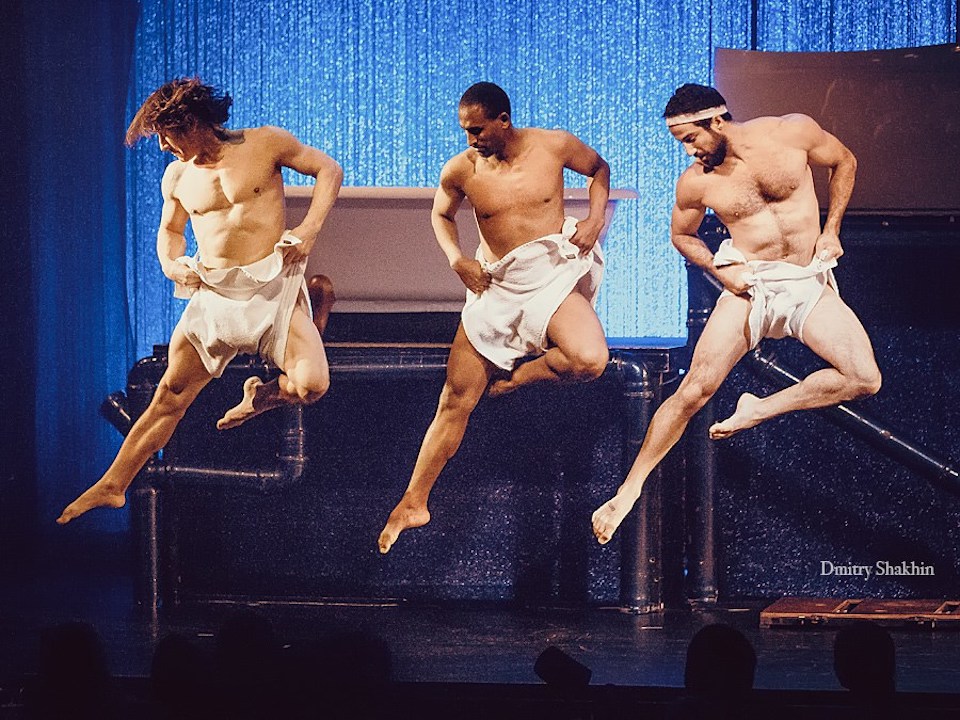 Add a little bit of burlesque, a little bit of comedy, sprinkle a bit of singing, and add lots and lots of water, and what you have are the perfect ingredients for ‘Soap’ – now playing on the Southbank at the Underbelly Festival in the world famous Spiegeltent.

And German circus ‘Soap’ is not just about water. It’s also about the talented performances that take place right in front of our very eyes performed in the round, and have mercy for the poor people who sit in the front (and second and third) rows – there’s water water everywhere.

But it’s all good fun watching the sexy Anton Belyakov splish-splashing in the bathtub, Marie-Andrée Lemaire running around the stage as our guide and hostess for the evening. And then there is Moritz Haase, who oh so innocently is ‘plucked’ from the audience but soon enough is prancing around on stage. We’re lucky to see the sexy Daniel Leo Stern with his shirt off for most of the show, and Jennifer Lindshield, with her powerful voice providing operatic music for the spellbound crowd. There’s even a mop ballet and an amazing rain finale that will literally leave you wet. If you don’t believe me, have a look at these pictures:

SOAP – celebrating all things circus in The Spiegeltent – is just a splash away from the Thames, and the actual birthplace of circus 250 years ago!