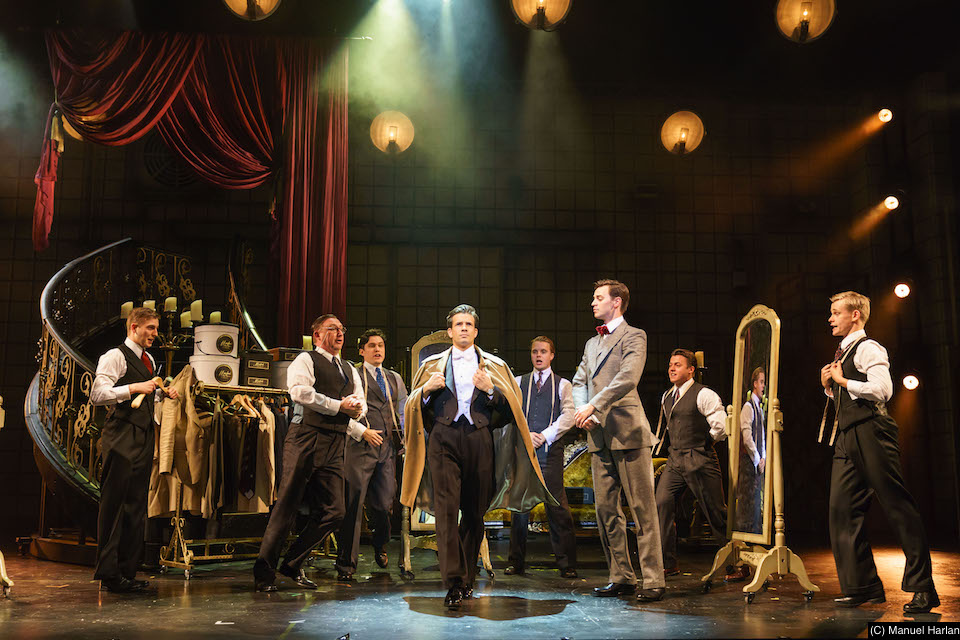 Sunset Boulevard celebrates the golden age of Hollywood, where fading silent screen icon, Norma Desmond is trying to put herself back into the spotlight, with the assistance of Joe Gillis, a screenwriter who literally crashes into her life and is seduced by the lifestyle she can offer. However, scratching beneath the surface of the glitzy show business veneer exposes a dark tale of unrequited love, obsession, jealousy and controlling and manipulative behaviour, which brings people to the brink of insanity and murder.

Sunset Boulevard is not necessarily Lloyd-Webbers strongest work, although it does have a score which, at times, is reminiscent of Evita; but it certainly entertains. And whilst, in the words of the musical, Evita may have brought with her “just a touch of star quality”, Ria Jones brings an abundance of dazzling West End class with a powerhouse performance as Norma Desmond, proving that she is every bit the star that her character once was. Danny Mac (Strictly Come Dancing) is also very impressive as Joe Gillis, strutting the stage with a cocksure swagger and holding his own against such a strong leading lady.

But this production it is not all about the performances. Colin Richmond’s set design is top-notch, with a real attention to detail and some inventive visuals; and the scenes transform smoothly and elegantly from one location to another whilst projected images enhance the multi-layered set. The staging is grandiose and inventive, moving from the large open spaces of the studio backlot to the intimacy of darkened rooms of Desmond’s mansion. The 16 piece orchestra is delightful and the lighting design washes the stage with the orange and gold glamour of Hollywood before fading into the dimly lit locations of the darker corners of the story.

Sunset Boulevard is a standout touring production which oozes with class, sophistication and quality.

Sunset Boulevard is playing at Sheffield Theatres until Saturday 28th April 2018, before continuing on its national tour