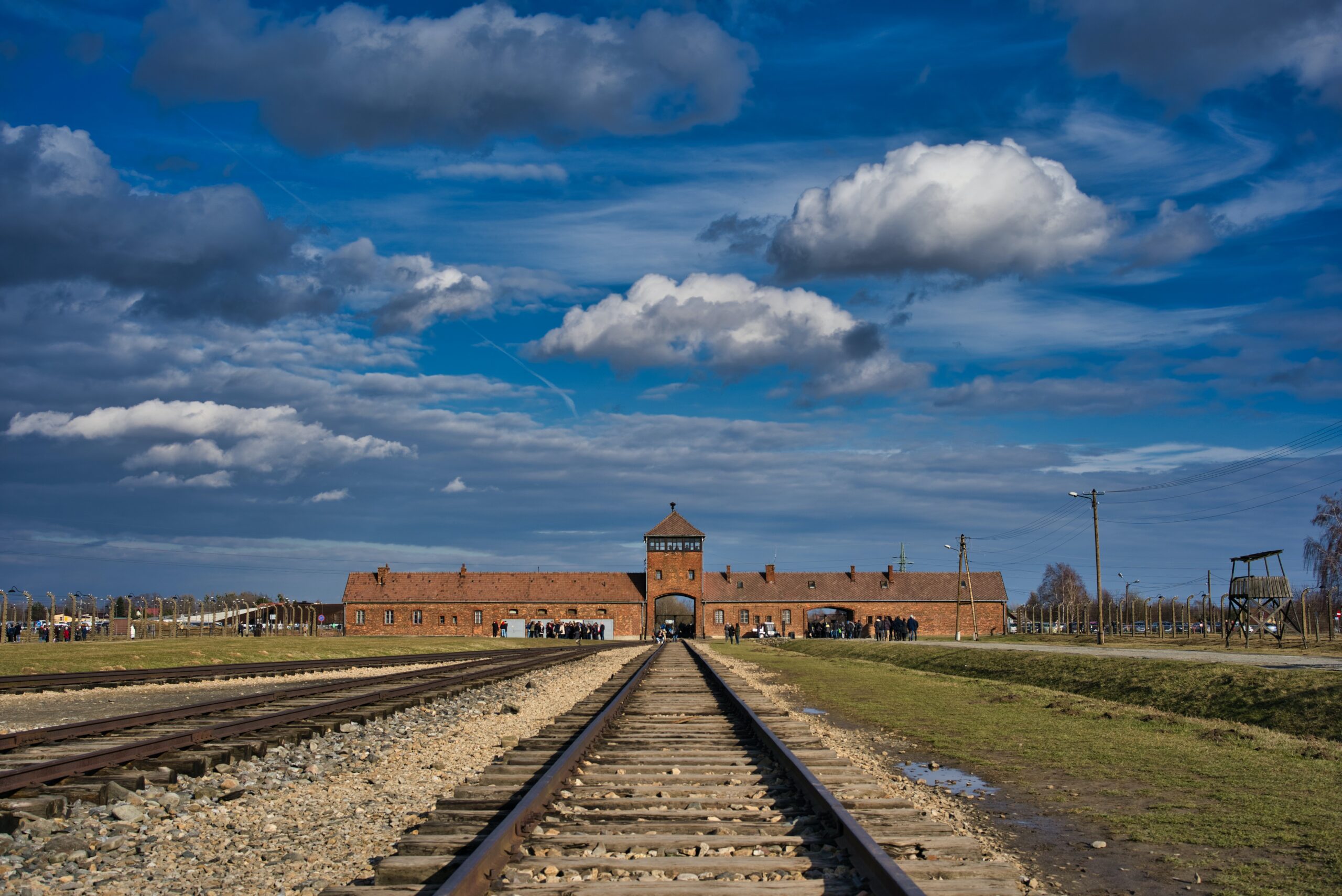 So, finally, it hit me. One week to the day since my visit. Wave after wave of uncontrollable sobbing, shaking, tears, snotty nose, feeling total despair over events that happened nearly 70 years ago.

They say the visit changes you, and its effects may not be immediate.

They hope it changes you for the good, ensuring that what happened there is never forgotten or repeated.

Where is there? Auschwitz.

Believe me, I’m not being melodramatic. Actually, I’ve spent the last week feeling guilty as I haven’t cried once – and I usually cry at the drop of a hat. But this time – nothing. The only time I felt anything like emotion connected to this event was when we saw items, personal belongings, something to humanise the enormity of the situation, something that gave sense to the figures mentioned.

But let me take you back a week. Having done a mad dash to Luton from Manchester overnight for my 5am check in, I joined the others as part of the Holocaust Educational Trust’s (HET) Lessons From Auschwitz visit to both Auschwitz and Birkenau camps.

My knowledge was sadly lacking in much of the details around this topic – I thought there was only one camp, but there is the original one at Auschwitz and the larger one at Birkenau; along with a chemical factory site, that used forced labour from the camps, and around 40 satellite sites of farms and factories, that used and housed slave labour.

We were sorted into manageable sized groups comprising of students, teachers, staff from HET and the visitors, usually journalists. We boarded our allotted coaches and headed to the Polish town of Oswiecim, or as we know it Auschwitz. Once there, we visited one of the few remaining Jewish cemeteries – scene of vandalism and some restoration. It seems ironic that there are no Jewish people living here now, the few that returned after the war either left or have died. Maybe as a result of its legacy, who knows.

The coach took us to the camp of Auschwitz where we met our guide for the day. It all seemed odd. You expect a peaceful, almost reverent place, but what you get is a full car park, visitors of all colours and nationalities, all set against a backdrop of the site of one of the worst human atrocities ever.

Auschwitz felt like a proper camp. Brick barracks and offices, electric fences, guard posts whereas Birkenau felt temporary as if its main purpose was well thought out and planned into the temporary structures it used for shelter from its very first day. Auschwitz was a political prisoner camp initially, but it developed. It grew to provide a solution to a very Nazi problem. What to do with all those undesirables? Those political opponents who won’t go away? Those sexual deviants we don’t want to talk about in polite society. Those of a slightly different skin colour, and then there were Jewish people… What to do?

I always thought that Auschwitz and all those other camps would be in Germany itself, but no, this one and its close neighbour, Birkenau are in southern Poland.

I always thought Auschwitz was the main, and possibly only camp in this area, I hadn’t really heard of Birkenau. But Auschwitz, when you visit, has the feel of being a testing area. Its only gas chamber is a reconstruction as the Nazis tried to destroy all evidence of what happened here when the allies advanced. The first gas chambers were simply well sealed rooms, used to test the mechanised killing system on Russian prisoners – at first anyway.

When you visit some of the areas of both camps, you are asked not to take photos, and I can understand why. The reconstructed gas chamber in Auschwitz is one of these. It is slightly below ground, but still has the original walls, complete with marks. It took our HET guide to explain that these were nail marks, scratched into the plaster, made by the inmates while they asphyxiated on the Zyklon-B poured into the room from above

Some of the barrack buildings house exhibitions. Explanations of what happened here. The numbers, the process. Photos of people being herded like cattle, emaciated workers, striped pyjamas, and then there is the hair.

The inmates were shaved – totally. Male and female and their hair packaged and sent to German weavers to aid the war effort. All displayed in the one room. Nothing prepares you for the effect of walking into a room, walls of glass, packed full of human hair, floor to ceiling, matted, discoloured.

Then there are the artificial limbs, collected from the less able bodied, less able to work and earn their meagre keep, so not even worth registering or lodging. That’s how it went once both camps were in full “production”.

The cattle trucks arrived, offloading their cargo, and an instant decision made about whether you lived or died. Right or left, simple little words but all the meaning in the world in that situation. The ever-efficient Nazi machine finding ever more inventive ways to save time by bringing the railway lines right into the camp, closer to the gas chambers and crematoria.

The items that got to me the most, and I can’t get out of my head? The toothbrushes, the toy doll, the wire-rimmed glasses and the house keys. Everyday objects we’d all pack, wear or make sure we have on us. Here they were, 70 years later, still awaiting their owners to come back and collect them.

Watch any film like Schindler’s List or Sophie’s Choice and you feel that Hollywood has over-dramatised the story for effect. They haven’t. They didn’t. It’s how it was.

Children taken from their mothers, the elderly kicked and shoved, human beings being treated in unimaginable ways. The worst is knowing you are standing somewhere where 1.5 million died, on this spot, this little piece of Poland.

My reason for going? For putting myself through this? Simple, I don’t want it to happen again, I don’t understand how it happened, how it was allowed to happen, why people allowed sectors of a population to have their basic human rights eroded to the point they were no longer seen as human. Then I look around me, and realise that we’ve had genocides since, we are living in societies that are already limiting some people’s civil liberties, simply because they are the wrong colour, wrong religion or wrong sexual orientation.

I’m not naive enough to think that I can change the world alone, I can’t, but one thing I took away from this visit is that I may only be able to do small thing: vote, sign petitions, lobby MPs, write articles like this, but I form part of a bigger entity. Like-minded individuals who want to do the same, make the same changes, let governments, political parties, big business know that we are here, and we won’t let anything like this happen again or let this event be forgotten or questioned. There are nay-sayers out there, holocaust deniers, but programmes like Lessons From Auschwitz ensure that the facts are there. They cannot be disputed and are there to be witnessed by future generations.

I was amazed by the maturity with which some of the students handled this situation. I fully expected to be a puddle on the floor most of the time and packed tissues accordingly. But they handled everything so well.

The HET do a pre-visit briefing, organise the visit and then do a post-visit debrief with all those who attend. The students become “ambassadors” of sorts, producing projects that encourage debate and educate others around this subject. So, now to you.

Firstly, if you get the chance, visit these places. They are life-changing and should be supported. Secondly, when you next see a petition on your social media feed, read it before ignoring it. Your voice makes a difference, and thirdly, take note of the items in the news, and act on those that affect you.

Don’t forget, we can still use our toothbrush, play with those dolls, put on our specs, and lock our doors, we’re the lucky ones.