Afterglow review: Go for the nudity, stay for the three-way 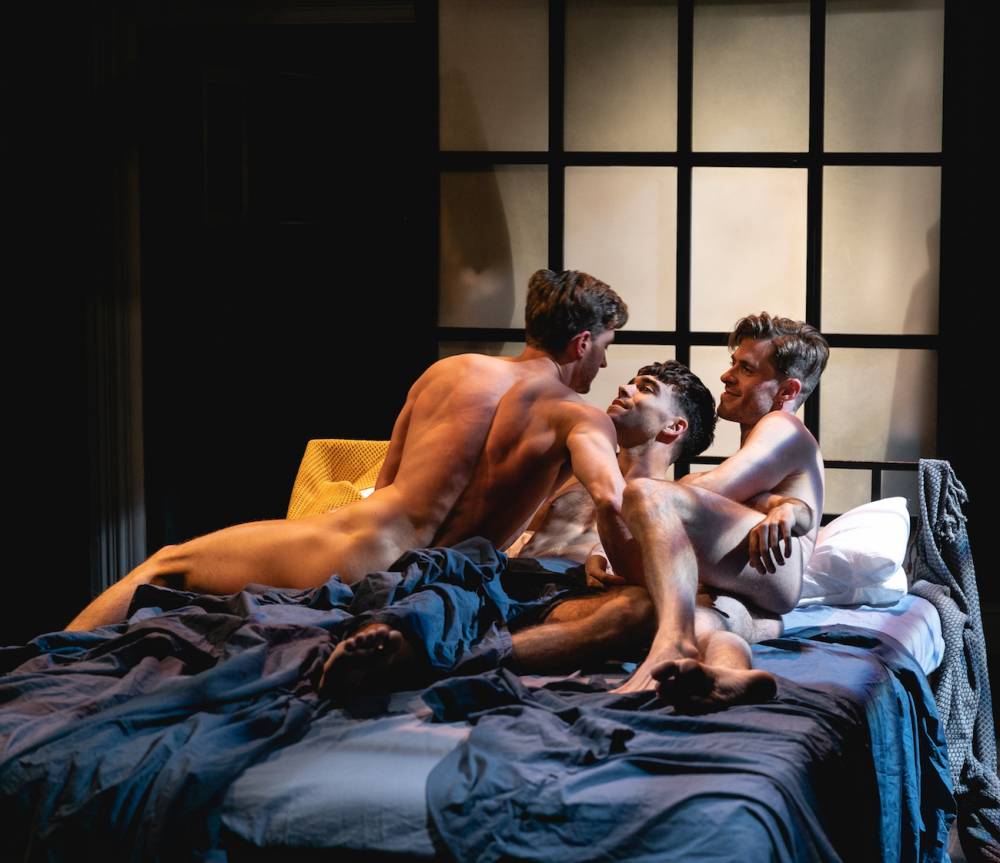 A married gay couple welcome a third and things will never be the same with them again.

In the show Afterglow, now playing at Southwark Playhouse, Josh (Sean Hart) and Alex (Danny Mahoney) live comfortably in a nice Manhattan apartment and enjoy other men’s company. Darius (Jesse Fox), all but 25 years old, gets involved in a three-way with them, however, Darius and Josh have an instant attraction. They start hooking up with each other, and it is at this point that we know where the story is going to go. But what complicates even more is that Josh and Alex are expecting a baby through a surrogate, and with Darius in the picture, what will happen not only with their relationship but also to their pending fatherhood?

In a show that has nudity as a top billing (a device that’s sure to sell tickets), the actors are not shy and are naked in the very beginning – having a three way in bed. Getting undressed, shower scenes and lots of kissing add a bit more to the show. But this alone cannot save the fact that the scenery changes and the undressing take a bit too long, losing any sense of drama this show is trying to eke out. And it’s a bit frustrating because the actors are all actually quite good –  it’s the story that doesn’t do them justice.

I would say go for the nude scenes –  they are worth the price of admission, just don’t expect much else.