COMMENT | Coming Out: I long for the day it is no longer necessary 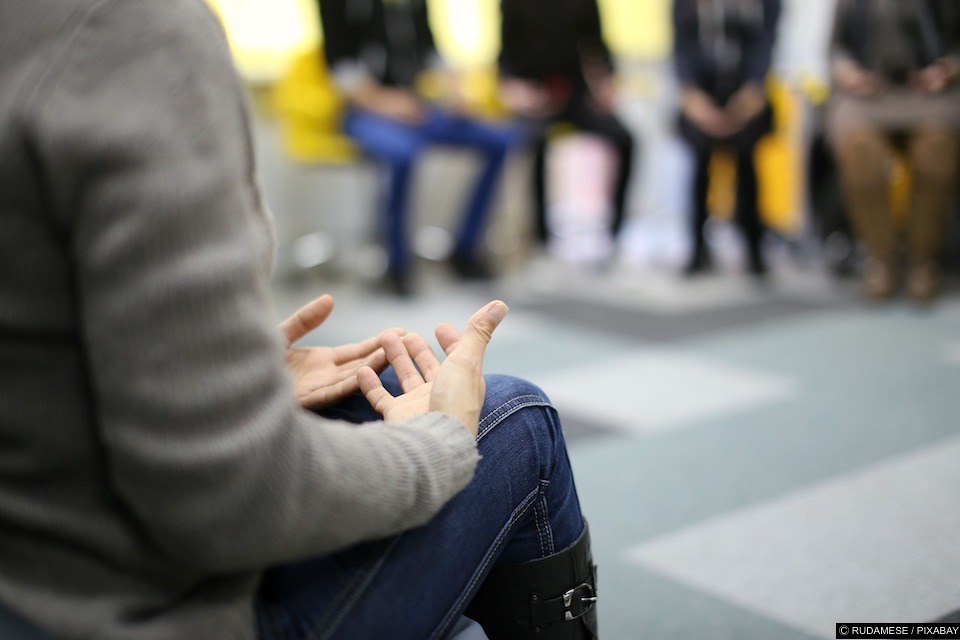 Coming out appears to be a constant process. From coming out to friends and family, to coming out to every person who becomes part of my life, it seems never ending.

I recently accepted a teaching job and as the first class approached, I began to feel nervous. Not because it was the first time I would be teaching, but because a key component of the teaching is that I am myself and open about who I am to a certain degree. That’s because the course I am teaching is helping people to train as therapists. As students, it’s important the class are open about who they are and their life experiences. It’s also important that as their tutor, I am also able to draw on my own life experiences and be open about who I am. It helps the learning process.

As I was driving to Birmingham for that first class, I started to think about all of my coming out experiences. It started back in school with wanting to come out, but not feeling able to due to the homophobic bullying I suffered. Although I didn’t come out at school, I was perceived to be gay and therefore hounded every single day for years by bullies. It traumatised me. I felt that if I ever came out, I would be rejected and ridiculed by everyone. So I kept my sexuality a secret.

Eventually, I did come out to some friends who didn’t go to the same school as me. They reacted positively but did make a big thing of it. Suddenly I wasn’t just a friend; I was their gay friend, much like an accessory.

Years later, I plucked up the courage to tell my family and other friends. There was a dramatic reaction from most, and the majority seemed to want to make a big thing of it. Perhaps I wanted them to. I certainly started to look forward to people’s reactions.

Although most people were accepting of my sexuality, there was some who could not accept it. I lost some friends and there were family members who I started to have less to do with as a result. Some of those relationships have never recovered.

At 18 years old and coming out to everyone just for the reaction, I remember telling my friend Maz. Her reaction shocked me at the time. She shrugged her shoulders, said “and…”, and walked off. She didn’t care and was the first person to not make a big thing of it. I was upset at the time and wondered why she didn’t care. How dare she not make a big thing of her fabulous friend being gay.

In hindsight, that was actually the best reaction I received. Maz didn’t care what I was. She cared about who I was as a whole person, and being gay wasn’t a big deal to her. I was still the same Dan that I was before.

It was then that I began to consider my approach to coming out. The way I had been coming out to everyone I spoke to and seeking a strong reaction or some kind of validation from people was making me look like a joke. I didn’t particularly feel any better either. I was still traumatised from my experiences at school.

Since that ridiculous coming out period, I have of course come out to many more people. Whether it’s work colleagues, new friends or women hitting on me in clubs (because I was a hotty in my younger days – a “stud muffin”, as my Dad used to say), coming out really is a constant process. I now don’t make a habit of telling everyone that I am gay, but if it comes up in conversation I casually mention it like it’s a tiny part of who I am. That’s because it is a small part of who I am, albeit an important part.

As the first class got off to a start, my students were taking turns to introduce themselves. They had to say their name, where they are from, a bit about their life, and something interesting about themselves. Each person spoke about their partners and families. Once the students had finished introducing themselves, they looked in my direction as if to tell me it was my turn to talk about who I am. So I said: “I’m Dan, your tutor for this year’s studies. I’m 32 years old, I live with my partner, and he is called…”. I thought that if my students are going to be honest and open about who they are, the least I can do is take the lead on that.

There wasn’t a reaction from the class. It was totally fine, at least publicly, and a non-issue. They’re there to learn, not to make judgements about their gay tutor. Again, it was the most perfect reaction. I’ve learnt over time that no reaction is the best reaction. Because being gay really shouldn’t be an issue. It should be the same as a heterosexual person talking openly about their husband or wife.

I long for the day when coming out is no longer necessary; not that I’m sure it is necessary these days anyway. Straight people don’t come out as such, so why should gay people? Of course, we all know that life isn’t like that and we’ll spend the rest of our lives coming out to people time and time again.

The reactions, or non-reactions, from people, have got better over time. I’m still affected to a degree by the homophobic bullying I was subjected to at school, but it’s not going to impact on me being my true authentic self. I’m Dan, I’m gay, and I don’t care what you think about that.