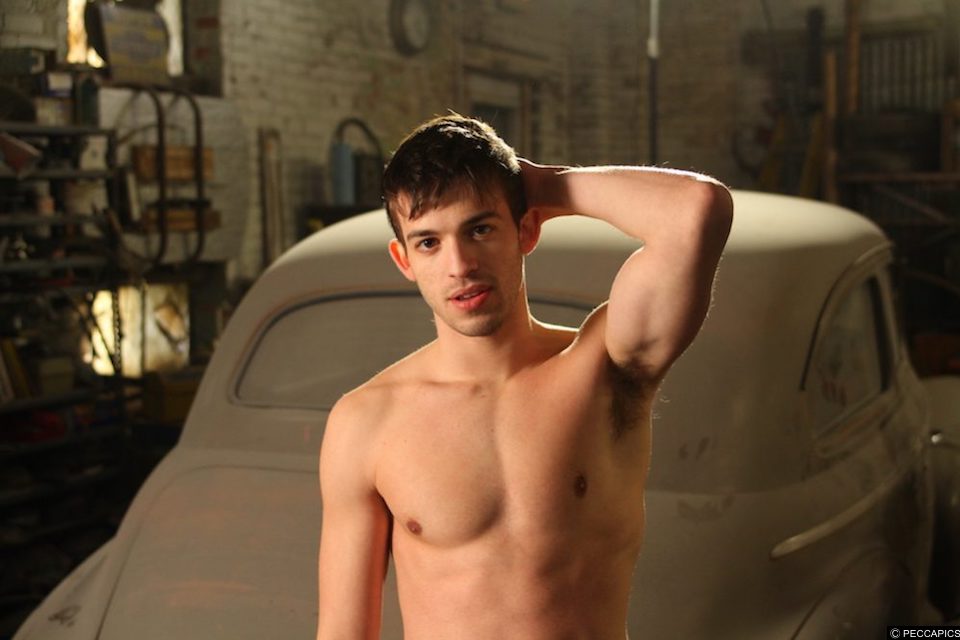 Four gay men, all with issues in their lives, experience a night of mystery and sex in the beautifully told Beautiful Something.

Writer Brian (Brian Sheppard) is sexy and picks up guys in bars and on the street – but they love him and leave him. Then there’s Jim (Zack Ryan), a wannabe actor who doesn’t realise that the man he lives with really really loves him. And that man is Drew (Colman Domingo), a tortured and passionate artist who uses Jim as his muse and model. And then there’s Bob (John Lescault), a wealthy talent agent who is chauffeured around town picking up men but not necessarily for sex. It’s one night in Philadelphia, and these men’s lives intertwine in search of meaningful connections on a night when anything is possible.

After a one night stand that for some reason goes horribly wrong, Brian goes for a walk and meets Jim, who’s just had a bust up with Drew. They are immediately attracted to each other and have sex in the house that Jim shares with Drew. Drew, meanwhile, is so involved in his artwork that he’s doesn’t realise that Brian and Jim are downstairs getting it on. But this is not enough for Jim, and after Brian leaves and not wanting to stay home, Jim goes for a walk and is picked up, and intrigued by, Bob. They share a meal only after Bob tells Jim that if he’s an actor he must get out of the car. So Jim lies to Bob and they have dinner and eventually go back to Bob’s palatial home. Meanwhile, Brian looks up an old flame and Drew wonders what is really going on in Jim’s head. All this drama takes place in one sublime night, with the sprinkling lights of Philadelphia providing a romantic and perfect backdrop to the movie.

Beautiful Something beautifully explores the need for us gay men to seek out romance and adventure in the hopes of finding something, anything, meaningful. Director and writer Joseph Graham successfully captures a night these men, nor us, won’t forget.

With excellent and realistic performances throughout, Beautiful Something, inspired by real-life experiences, will put a twinkle in your eye and the optimism of love in your heart.