DVD REVIEW | The Way He Looks 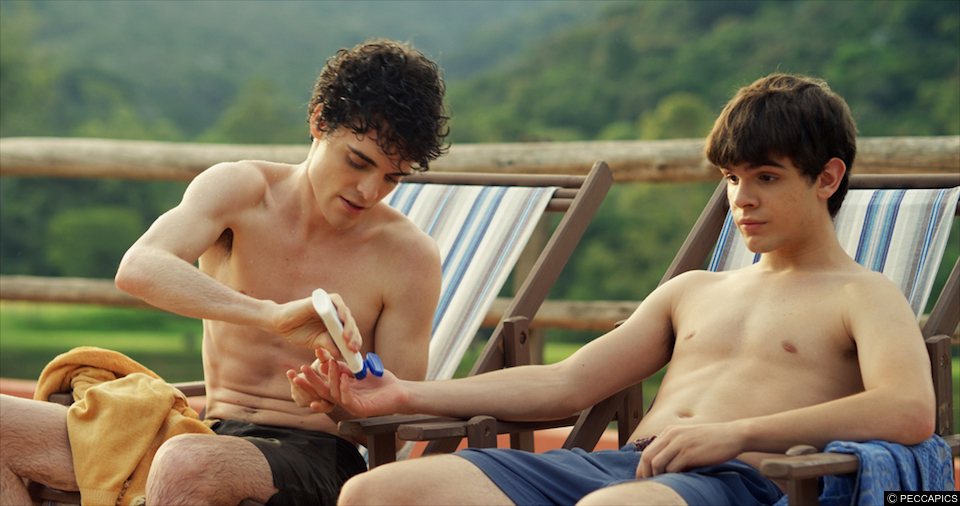 DVD REVIEW | The Way He Looks

The lazy summer is over and Leo and his best friend Giovana are back in High School for the new term when curly headed new boy Gabriel joins the class for the first time.

Suddenly the cosy closeness of the two old friends is threatened when Giovana discovers that the newcomer will not be her longed-for first romance and that in fact, he will usurp her major role in Leo’s life. Leo has been blind from birth and lives with his overprotective parents in their very comfortable middle-class home in a suburb of Rio, and Giovana has played the part of his ‘seeing eyes’ for years. His mother almost suffocates him by insisting on controlling his every movement and she is reluctant to leave him alone for one single moment.

Gabriel’s arrival seems to coincide with Leo’s quest to finally break free and see if the school-exchange problem will also accept him so that he can live and study in another country. The news of this sends his mother into a fit, but his more amenable father is at least open to considering the idea which he tells Leo in one of the most touching of scenes in this very gentle coming of age story.

Leo’s quest for independence is part of his journey about discovering who he really is, and he seems totally surprised when he realises that part of this is his attraction for Gabriel. As the boy’s friendship grows into something much deeper, neither of them can trust their judgments in revealing their feelings to each other, even after a stolen peck on the cheek after a drunken party.

There is nothing at all extraordinary in the plot lines of this wee movie, but somehow it has the most endearing quality that makes it so immensely enjoyable. There is a remarkable innocence to this group of young people who all seem never to have even been kissed, and even the inclusion of Leo’s taunting by the bullies in his class has no hint of any real hatred. There are some really nice touches of humour and tenderness, none more so than when Gabriel insists that Leo learns how to dance. What does make it all so compelling is the captivating performances of the three young lead actors, particularly Ghilherme Lobo who was so pitch perfect as the blind boy.

This very cute debut feature from Brazilian writer/director Daniel Ribeiro was based on his award-winning short ‘Eu Não Quero Voltar Sozinho’ with the same actors and has gone on to, quite rightly, win two major accolades from the Berlinale: the FIPRESCI Prize and The TEDDY for Best LGBT Feature.

Available to buy on Amazon and iTunes