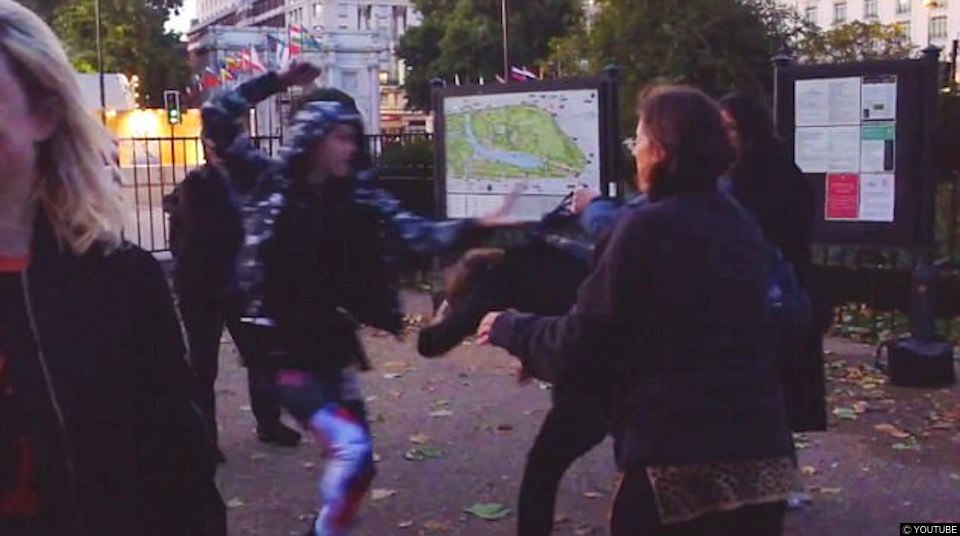 Police are investigating after an altercation between feminists and transgender activists in London last week.

One woman, 60, was injured after a confrontation between two groups, gender critical feminists and trans-rights activists. The incident happened in Hyde Park on Wednesday.

The 60-year-old woman who was beaten up is a Humanist Minister and grandmother. Is a battered woman really what you think liberation is? pic.twitter.com/gKyo8b10A1

Many gender critical feminists are opposed to rights campaigning from and for transgender women. Some believe that only women born with a vagina and XX chromosomes are “real women”.

Maria MacLachlan, a ‘gender critical feminist’ suffered facial injuries at the famous Speakers’ Corner, in Hyde Park. She alleges that her camera was also smashed and the memory card was also stolen. She claims that one of the trans activists was her attacker.

A video of the scuffle uploaded to YouTube has been viewed thousands of times.

Speaking to the Mail On Sunday, Ms MacLachlan said,

“These studenty-looking types were turning up and some arguments started to take place but I kept well out of it.’

“I thought, ‘I can film this, it will be interesting.’ They were getting louder and louder. Then suddenly someone tried to grab my camera. It was scary. Someone kept trying to get my camera. I think it was a girl, but I couldn’t tell because they had a hoodie over their eyes.”

Taking to Twitter the UK’s largest LGBT+ charity, Stonewall made a statement, writing, “There is no place for violence in our movement, as a form of attack or retaliation”.

“We condemn violence against women in all forms. We’re proud that many self-organising activists, allies and supporters stood against hatred, misogyny and intimidation.”

The police were called no arrests were made.

* A previous version of this article used the word fight, this has now been changed to altercation, confrontation and incident.