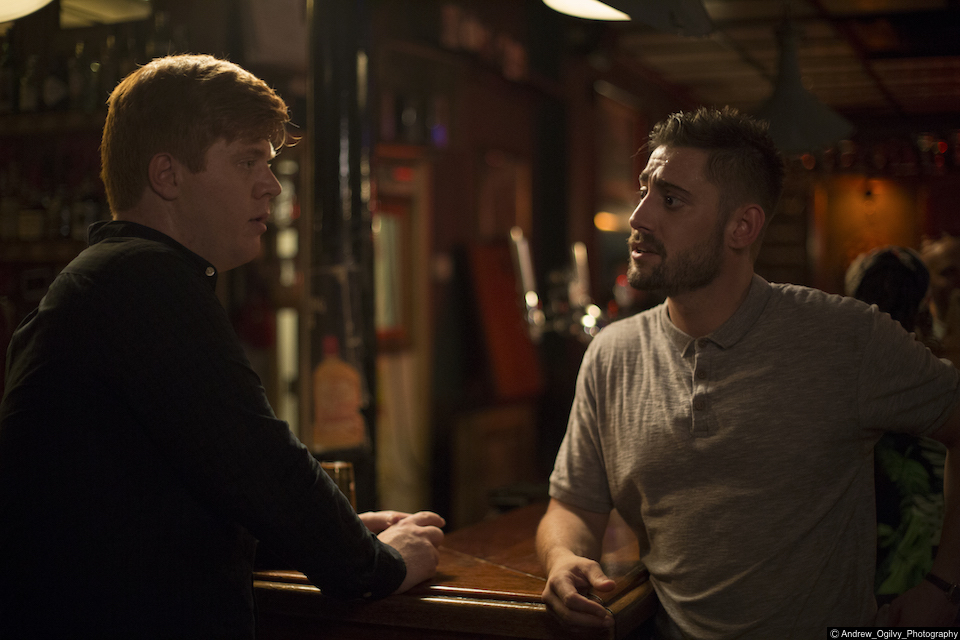 Two men get tricked by two very attractive women and it’s a ‘Double Date’ from hell!

Jim (Danny Morgan) and Alex (Michael Socha) are typical 20-something men. All they want to do is drink and get laid, however, there’s one problem. Jim, fast approaching 30, is a virgin. Yes, he’s never gotten laid. He’s not all that bad. He’s nice and all, but good-looking Alex gets most of the attention and the girls. But when two women coincidentally seek out Jim by making an easy play for him, not all is what it seems. You see, these two women Lulu (Georgia Groome) and Kitty (Kelly Wenham), who happen to be sisters, are looking for a male virgin as a sacrificial lamb for their sick father (boy is he sick – and skeletal!), and Jim has stupidly posted his profile on a virgin dating site. It’s not too long before the girls lure the men into their home (a huge mansion) where they reveal their dark and sinister sides, and the boys will definitely not be getting laid on this double date!

Double date is an amusing enough movie that doesn’t really take itself too seriously. The cast are all in good, scary and bloody form, and Morgan brings a bit of warmth and cuteness to his role (especially when he takes Kitty to his parents’ house for a brief birthday party). It’s all in good fun, and properly executed thanks to director Benjamin Barfoot. And while some of the fighting scenes forge on the unbelievable, at 90 minutes it’s not much of an investment in your time. And why yes, it’s the perfect double date movie!