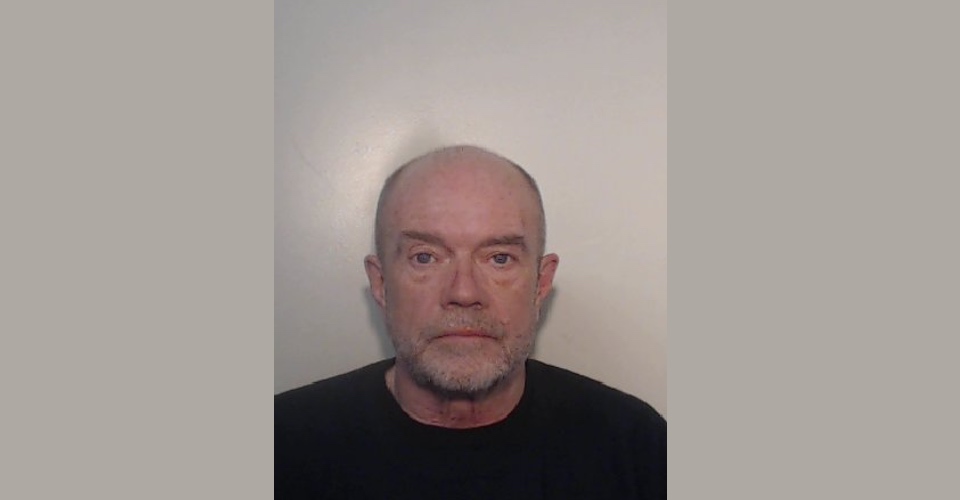 A convicted murderer has been jailed for the attempted murder of ANOTHER MAN after dating app hook up goes hideously wrong.

Peter Lund was originally convicted of a murder of man in 1980.

Now he has been jailed for the attempted murder of another man he found on a dating app.

Peter James Lund (09/01/1954) of Pett Level Road, Winchelsea Beach, East Sussex has been jailed for attempted murder after being found guilty at an earlier hearing.

In December 2016, Lund travelled to Manchester to see a man he met on a dating app and spent the evening with him, after taking him to a Chinese takeaway in his silver Jaguar.

A few days later, Lund and the man spent the evening together watching television and making plans for New Year’s Eve before going to sleep.

At around 6.15am the next morning, Wednesday 21 December, the man awoke to an extremely sharp pain in the right of his neck.

He opened his eyes to see Lund standing over him holding a knife and, when he asked him in disbelief what he was doing, Lund professed it was his sharp fingernails that had caused the pain.

The victim panicked, shouting at Lund to get off him and pushed him away but, as he did so, his neck was slashed and a struggle ensued with Lund grabbing the man’s shoulder before reaching into his mouth and pulling at his teeth with force.

The struggle reached the kitchen area where Lund took a knife while the man fled to the bathroom to mop his wounds with a towel.

With them both covered in blood and unclothed, the fight spilled out into the communal corridor with Lund brandishing the large serrated knife and chasing the man as he ran up and down, banging on other doors trying to escape the attack.

Lund tried to drag him back into the flat but he was disarmed by the man who quickly got into a lift and ran to a nearby petrol station to raise the alarm.

Lund ran back inside, cleaned himself up and fled around three minutes later in his Jaguar towards Great Yarmouth where he was arrested by officers, after a short manhunt, on suspicion of attempted murder.

When under arrest, an officer told Lund, ‘I’m not saying you have done it, it’s just on suspicion,’ Lund quickly interjected and admitted the attack, saying ‘I’ve done it!’

Manchester Crown Court, Crown Square, heard Lund had spent a large amount of his life in prison, having been convicted of murder in 1980 after he bludgeoned another man to death in his bed.

“This vicious and savage attack on a sleeping man is absolutely stomach-turning with the only consolation being Lund will be in prison for a considerable time.

“In what was clearly a harrowing situation, the victim thought fast to raise the alarm and ensure Lund was found and put behind bars.

“Having to relive these events through the court case has been no mean feat but the bravery and strength shown by the victim is truly commendable. My thanks goes to him for his courage and my thoughts will remain with him as he recovers from the emotional and physical scars he has had to endure.”