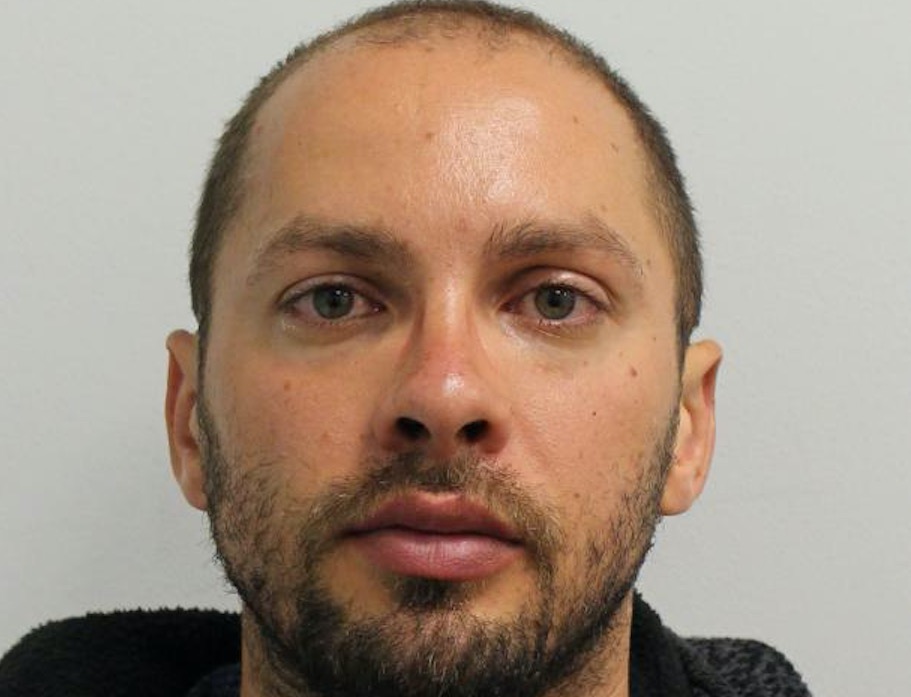 A man who tricked four men into having sex with him in the mistaken belief that he was a female has been convicted.

A man who tricked four men into having sex with him in the mistaken belief that he was a female has been convicted.

Duarte Xavier, 34 (11.11.84), of Wandsworth, was convicted at Kingston Crown Court on Friday, 5 October of six counts of causing a male aged 13 or over to engage in penetrative sexual activity.

He had pleaded not guilty at an earlier hearing at Kingston Crown Court on Wednesday, 16 May. He has been remanded in custody to be sentenced at the same court on Friday, 9 November.

The court heard that Xavier was a liar and fantasist who carried out his crimes over several years. He would use online dating websites to masquerade as a female named ‘Ana’, entering into conversations and sending provocative pictures to heterosexual men, who were fooled by his online persona into meeting for sex.

When they agreed to meet for sex ‘Ana’ would set a series of conditions, including that the victim must wear a blindfold for the duration of the encounter and were not allowed to touch in return.

Communication through a dating app

On the first reported incident on 17 February 2016, a 45-year-old victim had been communicating with ‘Ana’ through a dating app and arranged to meet at ‘Ana’s’ flat.

Rules had been set prior to the victim’s arrival so that both apparently knew what would happen; ‘Ana’ told the victim that he would not see her throughout their encounter.

Upon arrival at an address in Wandsworth, the victim followed the instructions and found a blindfold in the bedroom.

He heard ‘Ana’ call his name and put the blindfold on. The pair began having sex when the victim realised something was wrong and removed the blindfold when he saw Xavier.

The victim was enraged and immediately left the address. Xavier sent a message to the victim afterwards saying ‘I got a mental health problem, sorry’. The victim ordered Xavier to delete all record of their communication, to which he replied that he already had.

Female ‘looking for a bit of fun’.

On 15 October 2017, a 29-year-old male messaged ‘Ana’ via a dating app and received a response that ‘she’ was a recently single female ‘looking for a bit of fun’.

The pair talked over WhatsApp, exchanging pictures and even a video call; the victim had no reason to suspect that he was not speaking to a woman.

They arranged to meet for sex the same day at a flat in Hardwick Square, Wandsworth. Again, the victim arrived at the location and put on a blindfold, as ‘Ana’ had asked.

He heard what he thought was a female voice saying ‘stay there, don’t take off and don’t move the mask’. A person then approached from behind and tied the blindfold tighter.

He was led blindfolded into another room where ‘Ana’ began to perform a sexual act. The victim took off the blindfold and saw Xavier.

He left in disgust immediately having been in the property for minutes.

Xavier began sending messages to the victim, apologising and saying there must have been a misunderstanding, but continued to message requesting oral sex.

The victim reported the incident to police and Xavier was arrested on 16 October 2017 on suspicion of causing sexual activity with a person without consent. He was released under investigation.

A number of mobile phones and masks were also seized.

Victim had pillowcase stuffed over his head

The third incident took place on Wednesday, 4 April 2018. The victim, a 26-year-old man, had been looking for sexual relations with females on a website when he received a message from ‘Ana’, advertising herself as a 35-year-old woman.

The pair arranged a video call via WhatsApp, where ‘Ana’ stated that she had to conceal her identity so as to avoid getting caught because she was married.

The pair arranged to meet at ‘Ana’s’ address, which was in darkness when the victim arrived. He said ‘hello’ and was instructed to close the door and come upstairs.

As the victim went upstairs, he felt a person grab him and pull his trousers down. An item, believed to be a pillowcase, was put over his head.

He asked to see that the person he had been communicating with was actually female, to which ‘Ana’ said ‘no’ and began performing a sexual act. The victim used the light from his mobile phone and discovered that it was Xavier.

The victim was horrified and said he would tell police, to which Xavier responded ‘good, I will too’. The victim went outside and called police; Xavier was arrested on suspicion of sexual assault and later charged with two counts of causing a male aged 13 or over in a penetrative sexual activity and sexual assault.

He was remanded and later bailed at Wimbledon Magistrates Court.

The fourth victim was identified by police after reviewing phone records from seized mobile phones.

The victim in this incident, a 29-year-old man, had been too embarrassed and ashamed to tell anyone.

On 5 December year 2016 the victim and ‘Ana’ began engaging with each other over a dating website. ‘Ana’ explained that she was looking for a ‘roleplay’ experience where the victim would be blindfolded.

Both parties exchanged pictures and videos and agreed to meet at ‘Ana’s’ address before she claimed her landlady would be home and they must meet elsewhere.

‘Ana’ told the victim they would meet in a park around 19:00hrs. The victim obliged and the following day he went to King George’s Park in Wandsworth as ordered by ‘Ana’. The victim had trouble finding the meeting place and called ‘Ana’; again he had no reason to suspect he was not talking to a female, commenting in later interviews to police that ‘Ana’ sounded like a foreign woman.

He went to the agreed spot, a secluded area, when ‘Ana’ arrived and performed a sexual act on him before they had sex. ‘Ana’ then left and the victim was left entirely unaware that he had had sex with Xavier.

WhatsApp records of conversations between the pair revealed that the victim had not realized what had happened and at no point did Xavier reveal his true identity.

As a result, the pair arranged to meet again a few days later, on the same terms and same place. This time the victim held off on putting on the blindfold, curious as to who he was meeting.

When Xavier approached, the pair saw each other and Xavier tried to hide. When the victim asked what he was doing, Xavier claimed to have believed that the victim was bisexual and approved of the arrangement.

The victim was distraught by the revelation; Xavier offered to pay his cab fare home, to which the victim said no and that he did not want to be contacted by him ever again.

“Crimes are unique in their depravity”

Detective Constable Lucy Marsh, of Wandsworth police, said, “The crimes Xavier committed are unique in their depravity; all of the victims had no reason to believe that they were not engaging with a woman and all have stated unequivocally that they would never have given their consent to sexual relations with another man.

“Xavier has demonstrated extreme manipulation and cunning in order to satisfy his own sexual gratification, setting bizarre conditions that the victims adhered to in the belief that they were part of the experience.

“He is a sexual predator and I hope the victims, all of whom were traumatised by their experiences, will now feel that they have achieved some justice. I thank them for their bravery not only in telling us of their ordeals, but in facing difficult and challenging questions throughout the judicial process.

“We are also entirely aware that there may be other potential victims of Xavier who, so far, have also felt too ashamed to speak to police. I would ask those people to come forward, to tell us, and we will treat you with the utmost sensitivity and in the strictest of confidence.”