Marlo a young engineering student is taking a break from school and is visiting a girlfriend in Berlin. 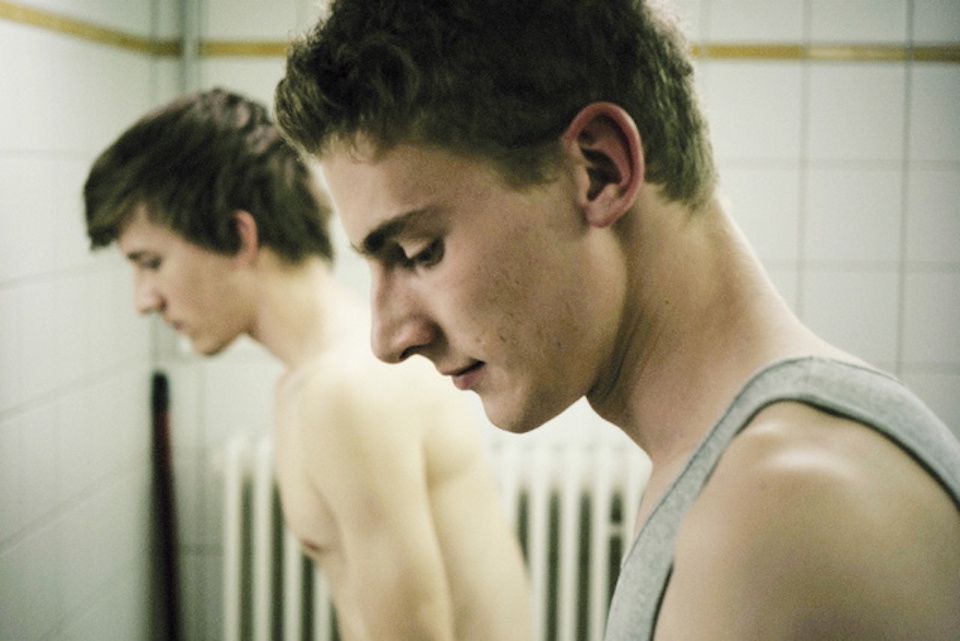 When she goes off to work, he takes off to explore the city. Crossing the street he momentarily links eyes with another man, and after the pass, they take furtive looks back at each other. Moments later as he crosses a bridge, Marlo espies the same young man, and starts to follow him. When he catches up he with him he hangs back for a few minutes before sidling up and tries awkwardly to start a conversation.  Both of them are unsure of themselves, let alone of each other, and even after they eventually decide to walk on together, very few words are exchanged.

Kirill is Russian and has just returned to Germany after visiting his Grandmother and beyond saying that, he reveals very little about himself.  It’s a surprise then that after this he agrees to meet up with Marlo again and accepts his phone number.

For their second outing Kirill’s father without uttering a word gives the two boys a lift to the Templehoff, Berlin’s old abandoned airport.  They wander aimlessly around the empty runways communicating intermittingly with brief snatches of conversation. Kirill, the more extrovert of the two, admits to having ‘tried it with a man’ then surprisingly fesses up to be the father of a baby girl who he is no longer allowed to see.  Poor reserved virginal Marlo who keeps stressing that his ‘girlfriend’ is just a friend has nothing to counter this new revelation with.

Back at Kirill’s tower block apartment, the boys feast on bread and Nutella, before Kirill suddenly announces he wants to take a shower. Naked together the boys finally get physical but instead of this bringing them closer, once the lovemaking is over, Kirill seems more distant and odder than ever.

There is a lot going on unspoken on in this movie as these two men deal with discovering their sexuality and sometimes it really is not clear what it is.  After watching these gentle souls very slowly interact with each and try to come to terms to discover what if anything is beyond all these awkward silences, you cannot avoid feeling a little numb even though it did almost redeem itself with its very sweet ending. All, however, a tad too slow for my liking, which is a pity as the two boy’s characters had great possibilities.