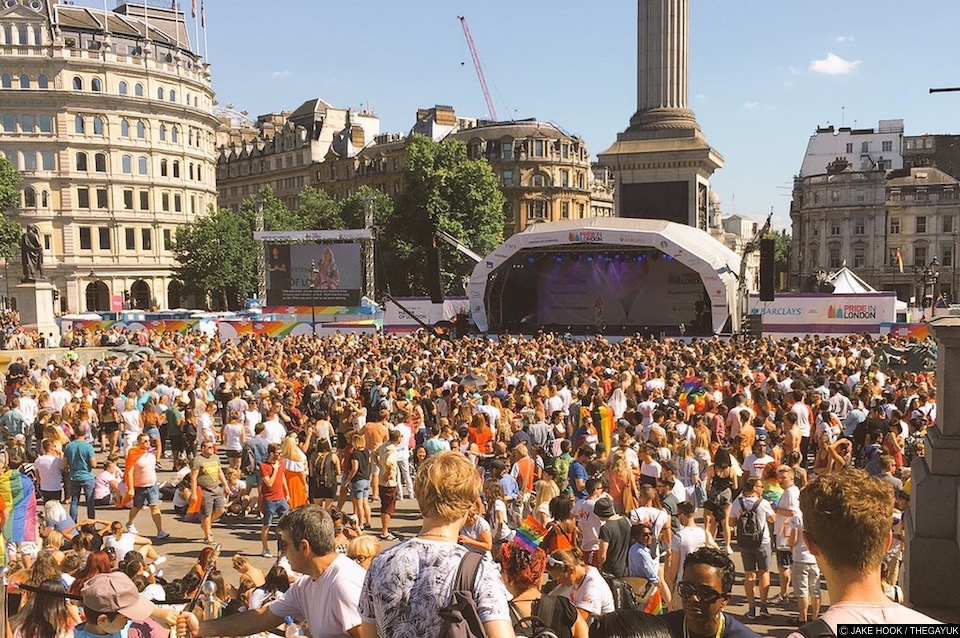 The organisers behind London’s historic Pride parade have today announced changes to their operation, as well as a new drive to bring new experience to the team. The enhanced structure places greater emphasis on community engagement across the board and will carry it forward for the next five years after it secured permission to continue running the event from the Greater London Authority.

As one of the longest running Pride events in the world, London plays host to one of the largest, most influential, most recognised and most impactful parades and events, but it can only do this thanks to the committed help of more than 100 year-round volunteers. In order to meet growing demand, and to help ensure Pride in London continues to grow and succeed for all LGBT+ people, organisers are appealing for people to apply for the many roles currently available – and to have a direct say in plans for next year.

In 2017 the team launched a major advertising campaign to highlight hate crime, it broadcast TV adverts in an LGBT+ awareness campaign – the first to ever specifically highlight bisexual people, it launched a Facebook Live discussion programme, put on a parade with 28,000 participants and more than 1m spectators, and took its campaign internationally displaying messages of love from London in Times Square, New York and at World Pride in Madrid.

On the back of Pride’s own surveys, consultations and feedback sessions throughout the summer, the re-structure will expand the board. Five positions on the Board of Directors are currently open. These are:

The recruitment process will be open, and the organisers are especially keen to hear from a diverse mix of applications.

Applications will close on Friday, 6th October and Board members will be conducting interviews during w/c 9th and 16th October.

Wider recruitment for core team roles will continue during October and there will be an ‘open day’ to enable those who are interested in volunteering to meet and find out more about Pride in London and the roles available.

Recognition and thanks go to former board directors Patrick Lyster-Todd (one of the founders of Pride in London) and Mohsin Zaidi, both of whom worked tirelessly to help build the UK’s biggest and most diverse Pride Festival. Their camaraderie will be missed.

The board restructure and recruitment drive is the first step in wider changes to Pride in London following feedback sessions and an evaluation of its mission for the coming years. Further announcements on this will be made in due course.

“After five years, it has been important for us all at Pride in London to take stock and ensure we are in the best possible place to deliver the best event we can.

“We can only do that if we adapt and grow and ensure the entire LGBTQ+ community is involved and is a part of the movement.

“Volunteering with Pride in London has been one of the most exciting and enjoyable experiences I’ve ever had, and it is an incredible privilege to be part of it. I hope more people join us, and help create an event and movement that is as impactful and successful as ever.”

Commenting, co-chair Michael Salter-Church, who helped set up Pride in London in 2012, said,

“Five years ago, a small group of committed volunteers came together to rescue London’s Pride, after previous organisers fell into financial difficulty. That small team has now grown to more than 100 all-year-round volunteers.

“2017 saw one of the largest parades the city has seen, and solidified the LGBTQ+ community at the heart of London and the UK. It also proved the strength of support towards Pride and how important the event is to LGBTQ+ people at home and abroad.

“I am looking forward to welcoming many more people to the Pride family and gearing up to being better than ever in 2018.”

Information about roles will be available at prideinlondon.org/volunteer