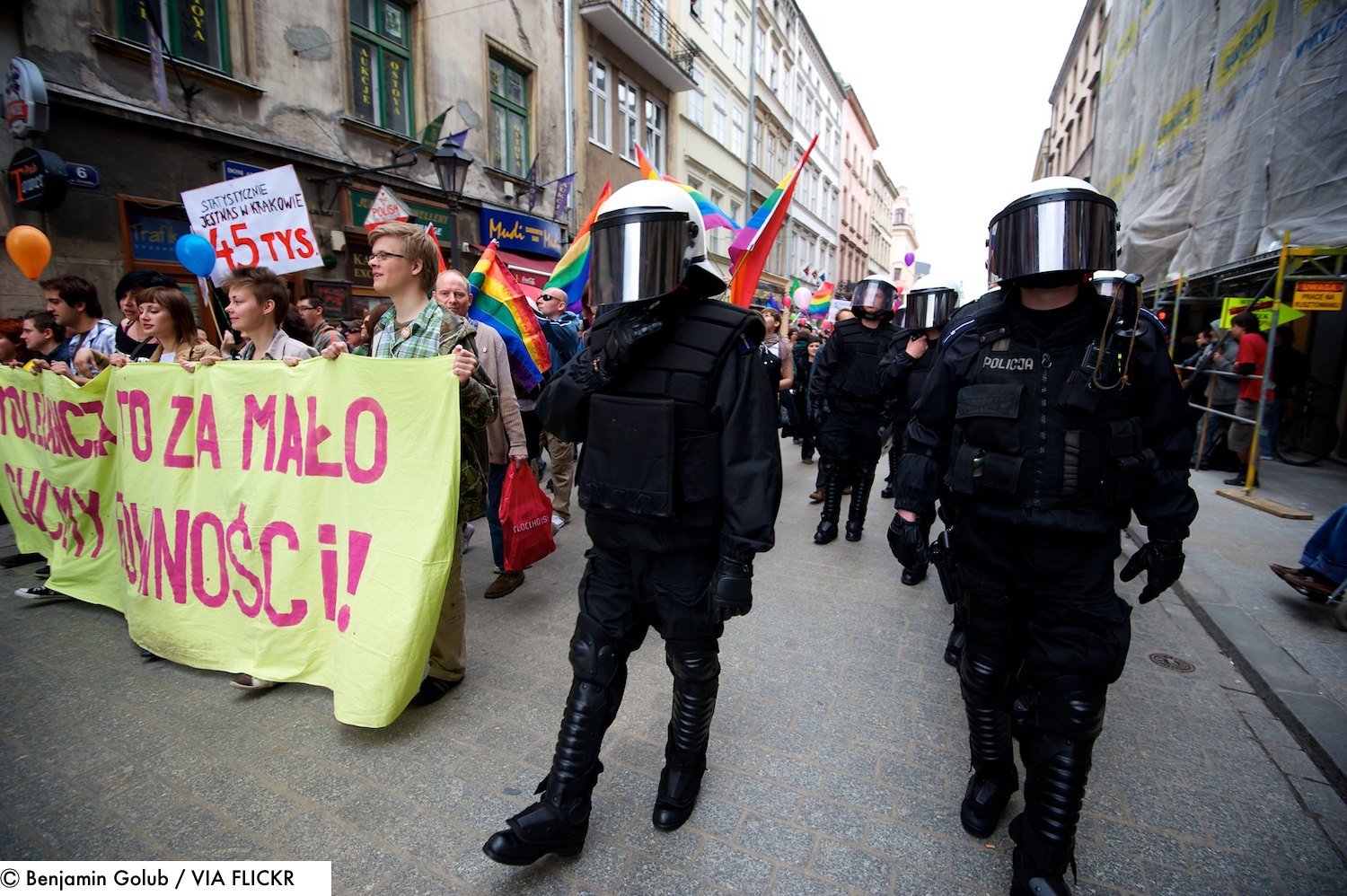 Pride in London is calling on the UK’s government to help safeguard LGBT+ rights in Poland, where over 100 Polish municipal or local governments have announced that they are “free from LGBTI ideology”.

The UK’s largest Pride is calling on the Foreign Secretary, Dominic Rabb MP, to intervene directly to safeguard LGBT+ rights.

Pride in London has expressed serious concerns at the ongoing situation where over 100 Polish municipal or local governments have announced that they are “free from LGBTI ideology”.

The situation faced by the country’s LGBT+ community has worsened since 2019 when a number of Prides were faced with being banned or had large counter-demonstrations from far-right and nationalist groups.

The organisation has written to the Foreign Secretary urging him to raise the LGBT+ rights violations in Poland with the Polish Government’s UK Ambassador, Arkady Rzegocki, as a matter of urgency.

Alongside this, Pride in London has made a donation to support LGBT+ activists and communities in Poland through the European Pride Organisers Association (EPOA) Emergency Fund.

“50 years on from brave activists taking a stand at Stonewall, the appalling situation in Poland clearly shows that the fight isn’t over. Whilst we remain focused on furthering LGBT+ rights in the UK, we mustn’t forget those abroad who need our support. We must take a stand for our community in countries where their fundamental human rights are not being upheld.

“This emergency fund will help our siblings in Poland continue their vital work towards equality, and we urge members of the LGBT+ community to donate however they can. Beyond this, we must also continue to speak out in order to raise awareness of these shocking events – we have already seen how international attention can often disrupt the violent plans of Poland’s far-right nationalists.”

Alongside other Pride organisations across Europe, Pride in London is supporting the work led by EPOA and in January developed an Action Plan with Polish counterparts aimed at strengthening ties with LGBT+ communities in Poland and providing strategic and operational advice.

Pride in London remains committed to standing up for LGBT+ communities around the world where their fundamental human rights are not being upheld.