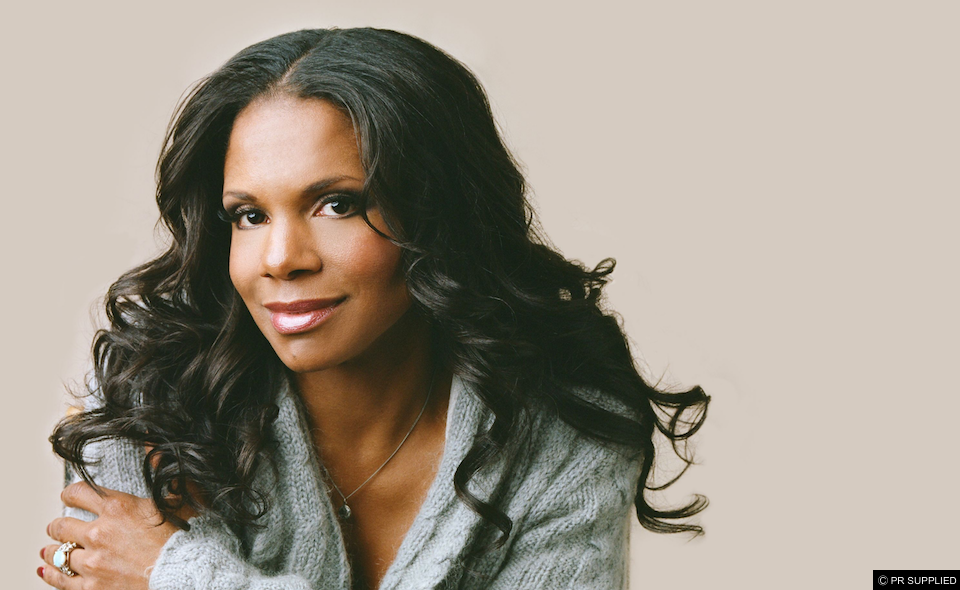 Megastar of Broadway, film and television Audra McDonald can barely pop out for a carton of milk in New York without winning another Tony Award. It’s not hard to see why she’s a record breaking award winner and it’s a privilege to see and hear her up close in the Leicester Square Theatre.

Due to break her West End virginity in June with her acclaimed performance as Billie Holiday with ‘Lady Day at Emerson’s Bar and Grill’, Audra’s in town for a flying visit with her husband and kids and decided to pop into the theatre, have a chat and sing a few songs. On one level it feels like just that, a lovely friend has popped in for coffee and a gossip but on the other it’s slick and showy, crank the drama up to maximum and let the hairs on the back of the neck rise.

Audra is interviewed and accompanied on the piano by the hilarious and camp musical theatre legend Seth Rudetsky as well as being joined by her Broadway hunk husband Will Swenson. There’s a genuine warmth between Audra and Seth as they chat on the sofa about the kind of diverse subjects we all gossip about such as childrearing, travel and working with P-Diddy.

Oh, she’s met a few legends too and gives good Barbra and Liza anecdotes. She seems to be that rare entity: genuinely nice but interesting with it. In between chats she sings. Boy does she sing. Last night she ran through Sondheim, Lerner and Loewe and Gershwin, amongst others but who knows what you’ll get if you’re lucky enough to get a seat.