Solo in Sitges: 24 hours in the gay beach town capital of the world 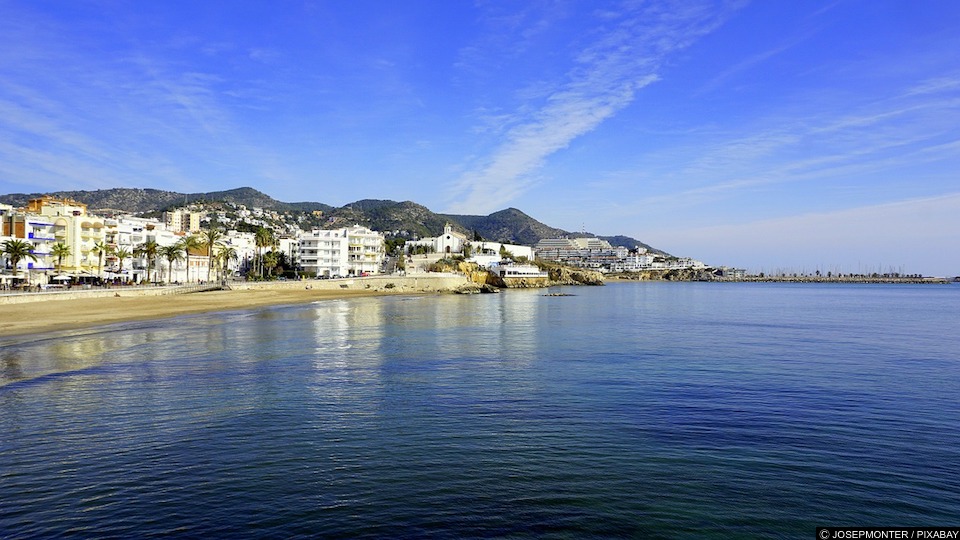 With the generous offering of 22 beautiful beaches (including 3 gay beaches), the natural pull of the blue waters encouraged me to continue my exploration from the seafront promenade on to the mild sandy beaches. Each beach is separated by stone stretched pathways that resemble shallow piers and graceful huge rocks to sit on perhaps with a cold drink in hand, served from one of the many friendly quirky pop up beach bars.

The pebbled and quaint Playa Del Muerto is publicised as an exclusive nude gay beach. It’s an hour walk from the town area and having spoken to a few solo gay travellers they all agreed that if you embark on that walk alone then make sure you have plenty of water, running shoes, emergency phone number, a working cell phone and a warning to be at arm’s reach of fatal accidents.

To reach Playa Del Muerto will mean that part of your walk will be very near cliff edges and open railway tracks (train speeds at over 140km per hour). The thrill-seeking solo traveller will almost be in his element especially when he finds that the name of the beach translates to ‘Dead Man’s Beach’. I was extremely put off when I heard all this so, of course, I was even more intrigued to embark on the walk with the fear of many others that are ‘missing out’ on something that could just be an illusion that we create and fantasise about.

The views from the high cliffs were breathtaking. The beach itself seemed very private and on that particular day, it resembled a pretentious open air nightclub – without the socialising, dancing and music. There is a small hut that sells refreshments – cash only and take lots of it! (May 17)

Accommodation in Sitges is saturated with shared apartment options and travelling solo did not echo anything to do with sharing (other than conversations) so I retreated at Hotel Alenti a brand new 4*, 10 room boutique hotel located in the centre of downtown Sitges. My jacuzzi suite was tastefully designed and quietly encased with floor to ceiling large non-intrusive windows. Hotel Alenti offered slick luxurious comforts, while its location offered the opportunity to step in and out of the hustle bustle at the heartbeat of gay Sitges.

Many gay men wouldn’t think about travelling solo because of fear of being alone. If this sounds like you then allow Sitges and hotelalenti.com to host that fear, you will notice how that illusion can fade. The numerous group activities you can join, the amazing weather, dining places, fresh food, cold drinks and most of all – people watching. Soon you realise you are watching others in groups – on their phones, struggling to make conversations, staring into the abyss, then you start to think – they may as well be travelling solo!