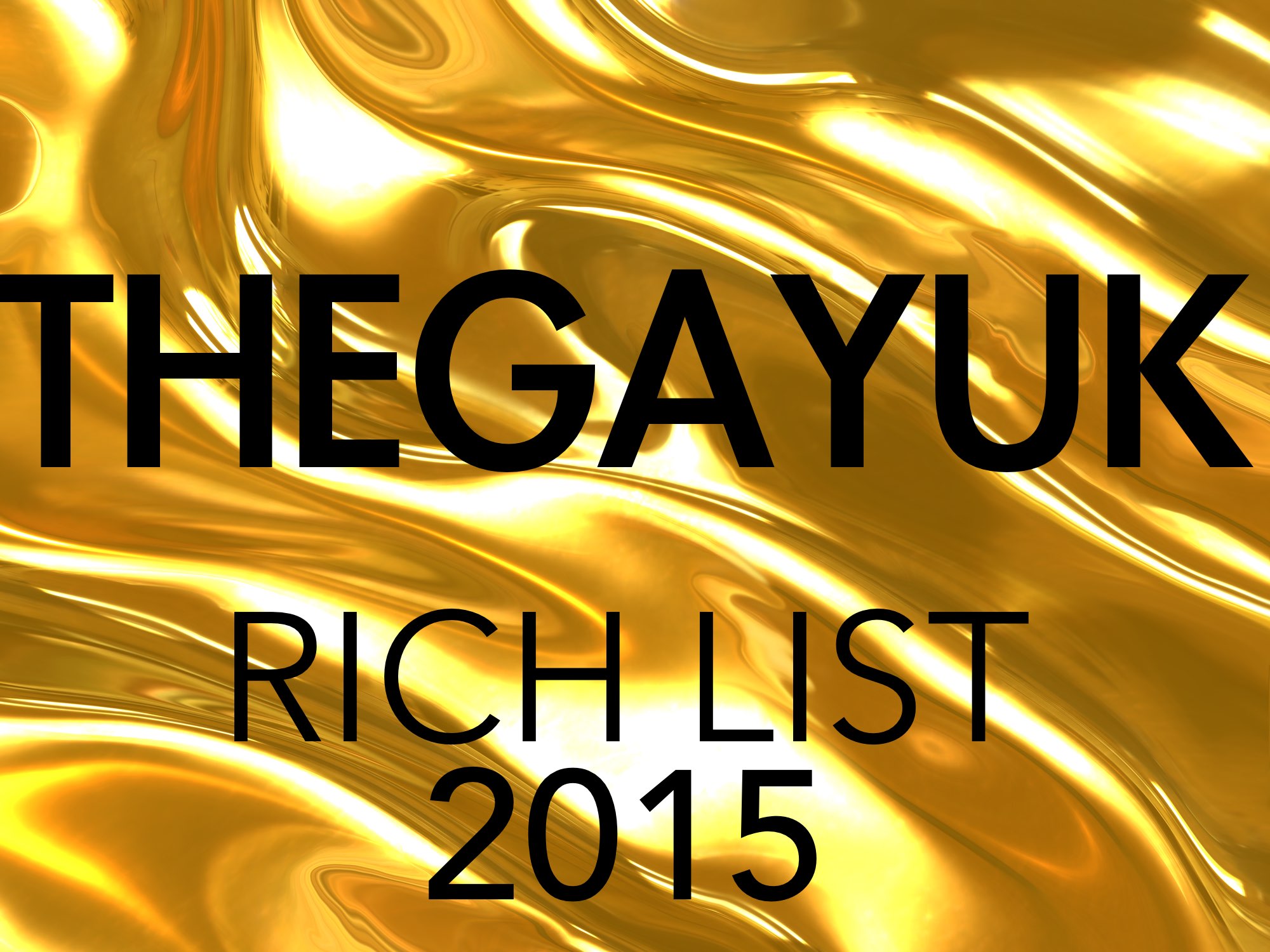 In 2013 we announced our first LGBT Rich list, the top 10 of the world’s richest gay men. This year for the first time we’ve included trans, bisexual and lesbians in the list.

Welcome to THEGAYUK LGBT Rich List 2015. For 2015 we’ve included people from the entire LGBT spectrum. People who made the list are from the fashion, entertainment and technology industries.

The fashion industry holds 5 of the highest paid gay or bisexual men in the world, with one topping the list as the richest in the world.

The entertainments also home to a number of people, and includes one billionaire.

It is worth noting that someone’s placement on the list doesn’t mean that they have liquid assets amounting to their reported worth. It may include the reported worth of royalities, stocks or other investments.

Made her money in: Entertainment

According to Celebrity Net Worth Rosie enjoys a $5 million annual salary, which she earns because of her TV appearances and co-hosting The View.

Made her money from: Film producing

Film producer Megan is the daughter of billionaire Larry Ellison and youngest millionaire on our list. She has gone on to produce critically acclaimed films such as American Hustle, and Zero Dark Thirty

Made his money: Entertainment, inheritance

With an estimated yearly salary of $11m the newly self-outed Cooper is also the son heiress of Gloria Vanderbilt. He has been dating his partner since 2009. He currently hosts Anderson Live. He is joint 18-20th with Rosie O’Donell and Megan Ellison.

Made his music from: Songwriter, singer

George had been in a long term relationship with Kenny Goss, but the couple announced their split in 2011.

How she made her money: Songwriter, singer

The singer and songwriter is reportedly worth $230 from her music royalties and touring. She claimed to be bisexual in an interview with Barbara Walters in 2009. She is in a relationship with Taylor Kinney.

Made her money through: Rights ownership, Television,

The comedian stars in her very own popular chat show and owns her very own version of YouTube, called Ellen Tube. She married Arrested Development‘s Portia De Rossi in 2008.

Made his money from: Songwriter, singer

The Tiara and Tantrums legendary Rock Star Sir Elton John is pretty much the godfather of the gay world. Is well known for his charity work and for his Elton John Aids Foundation.

Made his money through: Quark

Tim was the founder of Quark, which he started with a $2000 loan from his parents. In 2009 He married his banker partner Scott Miller in Massachusetts. They now live in Denver.

Made his money from: Magazine Publisher

Made is money from: Designer

The New York native is famous for his underwear and jeans.

Made his money from: Apple

After becoming the CEO of Apple, Tim Cook’s personal wealth skyrocketed. He came out officially in 2014.

All the way back in 2003 Chris teamed up with fellow Harvard undergraduate Mark Zuckerberg and the rest as they say is history. He lives with his husband Sean Eldridge. TheRichList.org reports that Chris is worth $850m. However he is reported to have 22 million shares in Facebook, which today are worth $87.95 per share putting his worth at: $1.9 billion

What made him is money: Designer, Retail

The fashion king started his career when he was just 19, three years later he launched a womenswear line at Bloomingdales, Saks and Neiman Collins just to name a few.

How he made his money: Designer

Forbes puts Domenico Dolce’s worth at $1.55 billion along with his business partner Stefano Gabanna. The pair come joint fifth on THEGAYUK Rich List 2015. The pair have caused some controversy over the years with their out spoken comments on gay parenting.

How he made his money: Designer

Forbes puts Stefano Gabbana’s worth at $1.5 billion along with his business partner Domenico Dolce. The self made billionaire made headlines earlier this year when they upset Elton John (also on this list) and thousands of same-sex couples and couples who have children through IVF when he said, “the only family is the traditional one” and that children born through in vitro fertilization were “synthetic”. “The family is not a fad,” Gabbana explained ,”No chemical off springs and rented uterus: life has a natural flow, there are things that should not be changed.

How she made her money: Investments

The world’s only transgender billionaire. In August2013 she announced to the world that she was a woman. She is one of 11 billionaires in the Pritzker Family.

What made him his money: Family business

German born Peter Thiel made the bulk of his huge wealth through two well-chosen angel investments namely PayPal of which he was a co-founder and Facebook. He is also a key investor in AIRBNB and online payment company Stripe.

Made his money from: Music and Film producttion

David created Asylum Records in 1970, Geffen Records in 1980 and DGC Records in 1990. He is also one of the three founders of DreamWorks SKG. Out Magazine ranked Geffen in its list of “Most Powerful Gay Men and Women in America.” Forbes puts Geffen’s worth at $6.9 Billion, putting him in second place on TheGayUK’s Rich List 2015.

How He Made His Money: Designer / Armani Brand

At a reported worth of $7.8 billion, Mr Armani is one of the richest men in the world. His wealth has come from building his Armani brand, one of the world’s most recognisable luxury fashion brands. He is one of three Italian nationals on this year’s GAYUK Rich List.

In an interview with Vanity Fair in 2004, Giorgio Armani talked about his love for men and women. Forbes puts his worth at $7.8billion