The Night of the Iguana REVIEW: What happens in the 2 hours and 35 minutes of this show? Not a whole lot! 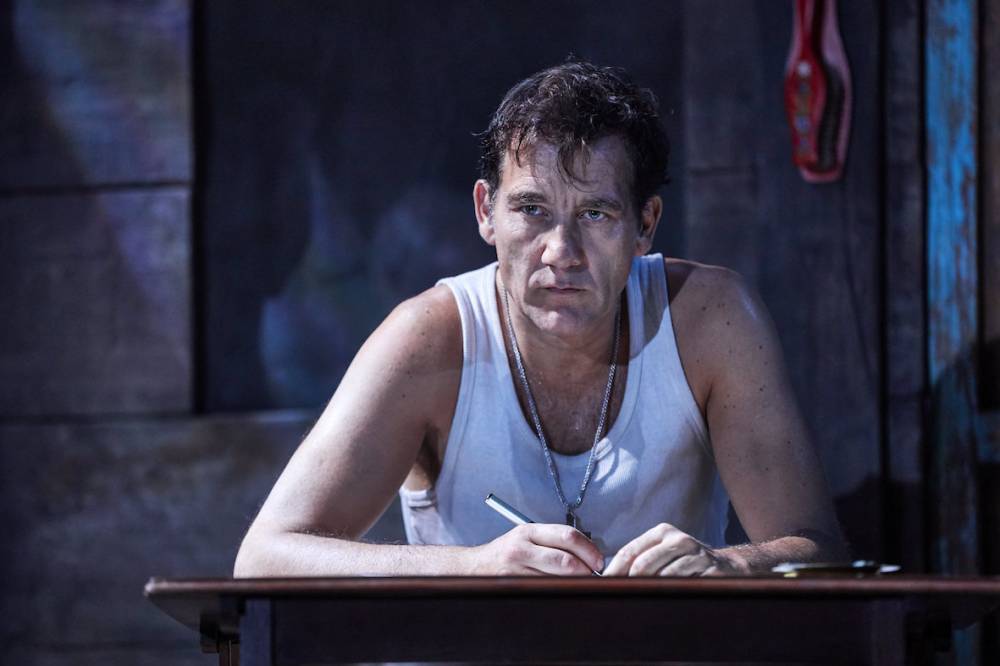 The Night of the Iguana was never really Tennessee Williams’ best work, and a new theatre production in London adds very little to it.

Now playing at the Noel Coward Theatre, movie star Clive Owen plays defrocked priest Reverend T. Lawrence Shannon (Richard Burton in the film) who escapes to a Mexican lodge deep in the forest to while away his time. Others in the lodge include the owner Maxine (Breaking Bad’s Anna Gunn playing Ava Gardner’s role in the film), Hannah- a middle-aged single woman (Lia Williams), with her very old grandfather Nonno (Daniel Glover), and a German family who keeps on going back and forth from the lodge to the beach who in their quirky way liven up this production.

So what happens in the 2 hours and 35 minutes of this show? Not a whole lot! The most dramatic moment comes when a thunderstorm literally starts dripping buckets of rain onto the stage, leaving the cast scrambling for cover.

It’s a fantastic effect that you would think would set the mood for an even more exciting second half, but it’s all dialogue between Shannon and Hannah that leads to a bit of sexual tension but not enough to make this show sexy and exciting. Director James MacDonald limits the actors to a very small confined space on stage (though there is a cleverly designed staircase that goes down to an unseen beach), and while the rest of the cast are quite good, Owen is just OK, but there is really nothing spectacular about this production.

The Night of the Iguana plays at the Noel Coward Theatre until 28th September 2019, Book tickets here.