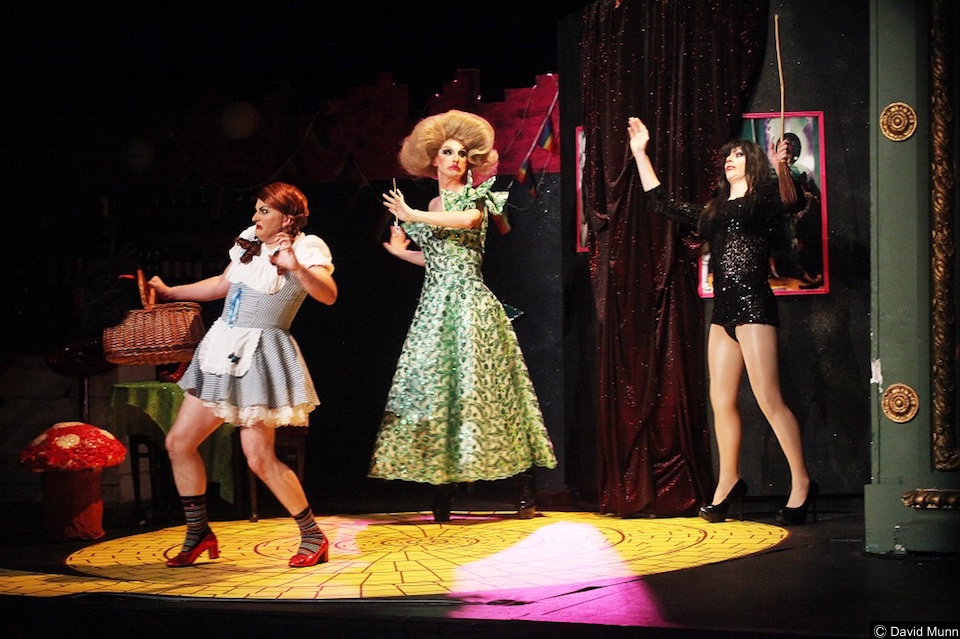 The sell-out comedy The Ruby Slippers is making its London debut!

It enjoyed standing ovations and rave reviews during its sell-out premiere run in the North West last year. And now The Ruby Slippers is on its way to London for a date at the hottest new theatre in the West End.

The comedy-drama about love, friendship and identity will get its debut at the award-winning Arts Theatre West End on Sun 2 July. Slap on some lipstick put on those high heels and get ready for a riotous rollercoaster of emotions at one of the two performances on the day, taking place at 4 pm and 7.30pm.

Raz is on top of the world. He’s the owner of his own paradise drag club in Blackpool, The Ruby Slippers, and has met Ryan, the man of his dreams.

However, all is not as it seems. Business is poor, while a rival club, Nine Inches, has opened which threatens to not only steal Raz’s customers but also his star acts, Drag Queens Phoenix and Destiny.

And then there is the secret Ryan hides that will change everything.

Are his business and relationship doomed? Or will the power of love win the day?

The comedy drama, created by Break A Leg Productions in association with Bill Elms (Epstein – The Man Who Made The Beatles, Twopence to Cross the Mersey), comes from the pen of writers Emma Culshaw and David Paul and is directed by Craig Ryder.

“The play tackles transgender issues and we hope audiences enjoy what we set out to achieve, creating a play full of compassion, humour and outrageous one-liners but with a strong underlying message.”

“The Ruby Slippers has a great script, great comedy and most of all a great storyline.”

“I’ve been delighted to watch its growth, and now it’s getting the London debut it deserves – and in one of the most exciting new spaces in the West End too. London audiences are in for a treat.”

You can win tickets to see the show… enter below