Ryan Murphy is bringing Bette and Joan to BBC 2 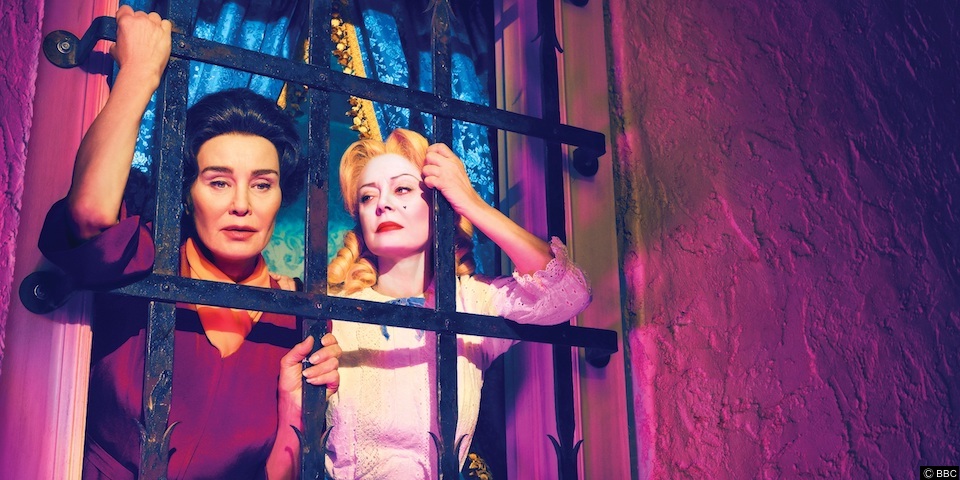 Ryan Murphy is bringing the iconic Bette Davis and Joan Crawford to the small screen.

BBC Two has acquired Feud: Bette and Joan, Ryan Murphy’s eight-part series about the legendary rivalry between Hollywood icons Bette Davis and Joan Crawford. The series was acquired from 20th Century Fox Television Distribution and will air on BBC Two later in 2017.

Beginning with Davis and Crawford’s collaboration on What Ever Happened to Baby Jane? and continuing long after the cameras stopped rolling, Feud: Bette and Joan explores with great style and wit how the two stars endured ageism, sexism and misogyny while struggling to hang on to success and fame in the twilight of their careers.

“Drama on BBC Two has to stand out for its authorship, unique vision and exceptional craft so I am delighted that Ryan Murphy’s brilliantly realised series Feud: Bette and Joan is coming to the channel. It features some wonderful performances, a flawless recreation of period and a delicious unravelling of a personal drama that had a massive impact on modern cinema. Feud is a real treat.”

“BBC Two viewers will relish this critically-acclaimed portrayal of Old Hollywood and a famously combustible yet poignant relationship – it is a zesty cocktail of glamour, wit and grit.”

“Feud: Bette and Joan is a whip-smart series with fantastic performances by two of today’s greatest performers, which we’re sure will captivate and delight audiences. BBC Two is the perfect home for our next series from creator Ryan Murphy, whose The People vs O.J. Simpson: American Crime Story, just won the BAFTA after airing last year on BBC Two.”