THEATRE REVIEW | An Officer and a Gentleman – The Musical – National Tour 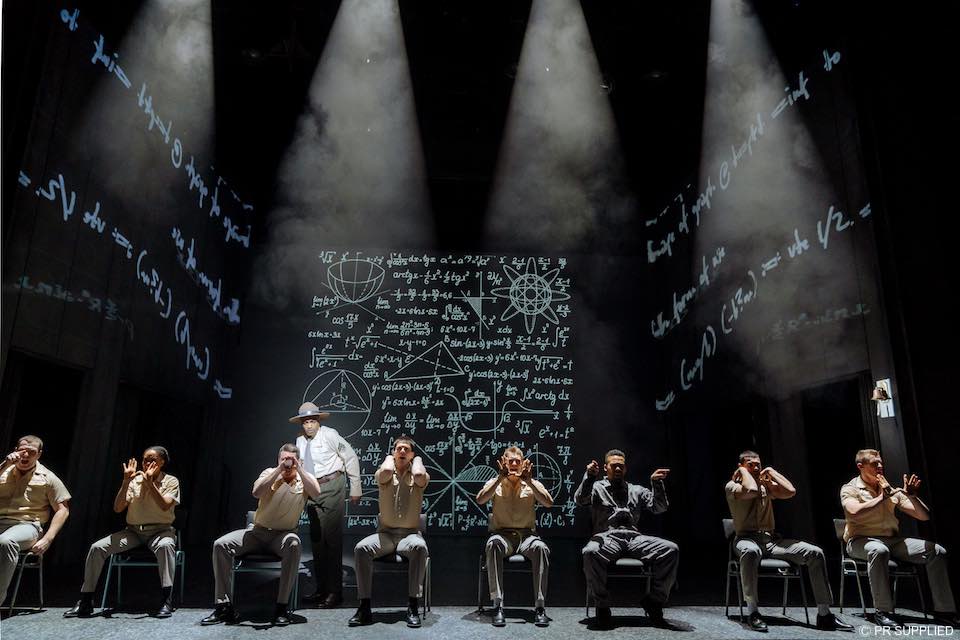 Based on the classic film of the same name, An Officer and A Gentleman tells the story of Zack Mayo, a trainee fighter pilot who is from the wrong side of the tracks and is trying to make his way through the Naval Academy. Paula is a local girl working in a factory where she and her colleagues see the only way of escaping their humdrum lives is by being swept off their feet by a pilot and whisked away. But what starts off as a little bit of fun between the two of them becomes something more, but will either of them admit their true feelings?

The show, and the first act in particular, thunders across the stage with dizzying speed and a relentless energy, in a production which is noisy, loud, bold and incredibly unsubtle; where a collision of lighting, sound, projected images, live music and a barrage of costume changes combine to be the absolute antithesis of the “less is more” school of thought.

Jonny Fines makes for an appealing enough lead as Zack Mayo, with his ridiculously ripped form and a wry smile, nestling in nicely alongside his fellow recruits who appeared to have been hand-picked primarily for their pecs and ‘ceps appeal.  But despite the testosterone-fuelled world depicted in the story, the stage belonged firmly to the female ensemble, bringing some decent vocal performances to lift the broadly functional performances of the cast.

Nikolai Foster’s direction takes the scattergun approach of throwing sufficient tricks, bells and whistles at the audience in the hope that some of them will stick, with a roughly even split of hits and misses. The show is set to an eclectic mix of 80’s classics, the musical numbers varied in terms of quality and performance, with a belting rendition of Alone by Emma Williams only serving to highlight the pub circuit stylings of some of the other musical numbers. There is a mix of soft rock classics (“I Want to Know what Love is”, “The Final Countdown”), some bubble-gum pop (“Girls Just Wanna Have Fun”, “Material Girl”) and some of the lesser celebrated 80’s staples (“Hearts on Fire”, “Working for the Weekend”) compounding the scattergun feel of the show, but not necessarily in a bad way.

But that is where the show really hits its stride. It never pretends to be anything other than what it is intended to be, namely a fun, cheesy and fairly corny slice of entertaining escapism. By the time the show draws to a conclusion with its iconic ending set to a sweeping rendition of Up Where We Belong, you can’t help but be suckered in by the feel-good factor of this slice of 80’s cheese.