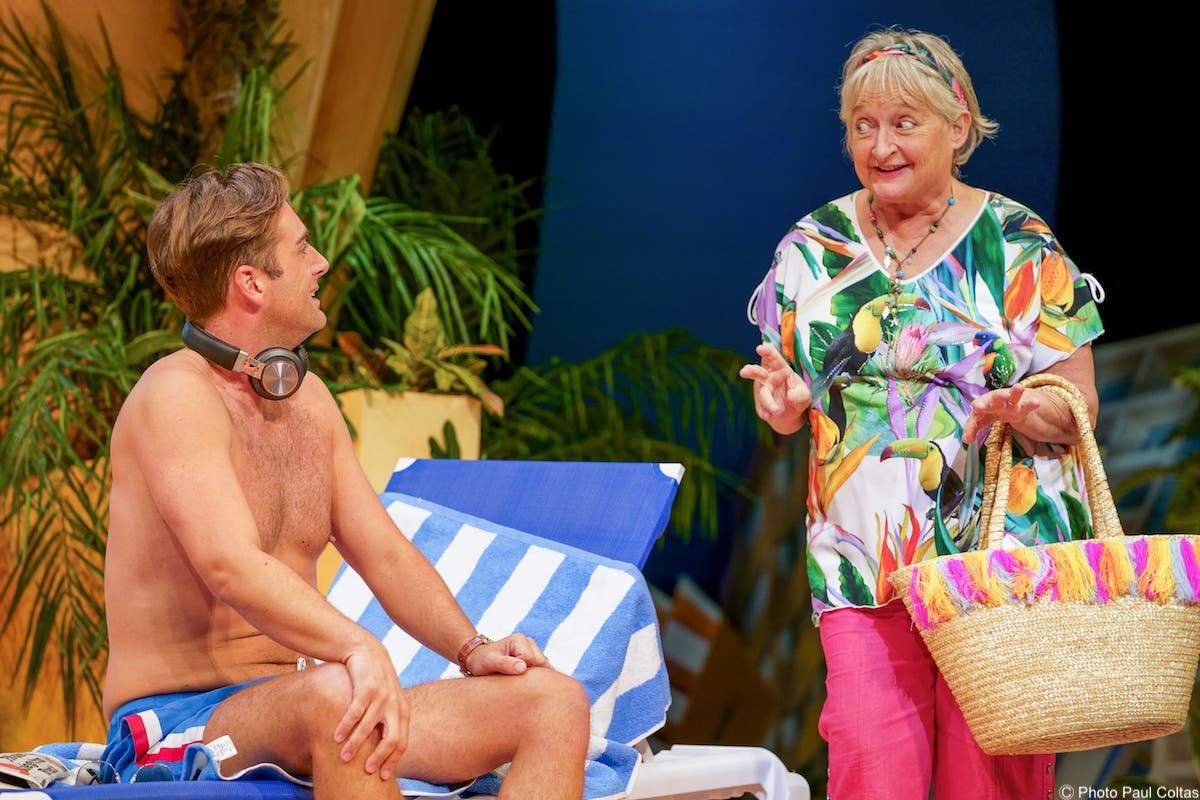 Based on the hit TV show, Benidorm Live brings the Solana Hotel, its staff and guests to life in this raucous comedy.  Picking up from the end of the most recent series, The Solana is at risk of takeover from a large hotel chain, and corporate inspectors are rumoured to be masquerading as guests. Intending to bribe the inspectors, the staff to scurry round trying to butter up the seemingly out of place couple who have just arrived at the hotel; as mistaken identities, unrequited love and a cringe-worthy cabaret all combine to try and keep the hotel open.

Stealing every scene with a deadpan delivery of her innuendo filled lines was Janine Duvitski, as elderly swinger Jaqueline, eliciting the largest laughs with double ententres which would make a sailor blush and a cocktail menu which may put you off drink for life. Tony Maudsley ramps up the camp as Kenneth, “tasteful” t-shirt wearer and the manager of the Blow and Go hair salon, who is hotly and relentlessly pursued by Gay Derek (an excellent Damien Williams). Added into the mix are TV regulars Adam Gillen (Liam), Sherrie Hewson (Joyce Temple Savage), Shelly Longworth (Sam) and Jake Canuso as the resident lothario barman, Mateo.

Having never seen an episode of Benidorm, it was with some trepidation that I approached the stage show, thinking that I would be a lone island in a sea of people who were “in on the joke”, but that certainly wasn’t the case. Benidorm Live will utterly delight fans of the TV series, and will certainly win over some new ones.

With with a feel good factor as warm as the Benidorm sun itself, close to the bone comedy which had me giggling like a schoolboy one minute and laughing out loud the next and a smattering of (intentionally cheesy) musical numbers, Benidorm proved to be the perfect, and incredibly funny, antidote to the January blues.

Benidorm Live is at Sheffield Theatres until 26th January 2019 before continuing on its national tour.