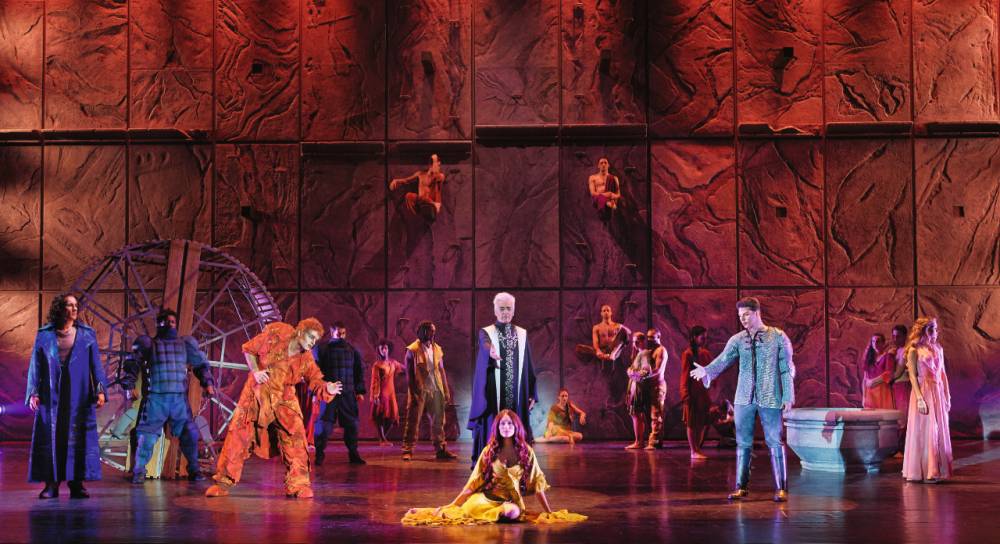 The classic Notre Dame de Paris comes to London for a limited time, and it’s well worth your effort to attend.

Based on the acclaimed 1831 novel Notre-Dame de Paris (and also known as The Hunchback of Notre Dame) by Victor Hugo, Notre Dame de Paris features an international ensemble of singers, dancers and acrobats and tells the tale of the hunchbacked cathedral bell-ringer, Quasimodo, and his desperate love for the gypsy, Esmeralda. The show, which is in London for 7 performances only, culminates with the 5,000th performance of the show. Playing at the London Coliseum in Covent Garden, this production is the original French production. Composed byRichard Cocciantewith lyrics byLuc Plamondon, directed byGilles Maheu and choreographed byMartino Müller, this production stars Angelo Del Vecchio (Quasimodo), Hiba Tawaji (Esmeralda), Daniel Lavoie (Frollo), Richard Charest (Gringoire), and Martin Giroux (Phoebus), among others, and all members of the principal cast in the current world tour. The singers are accompanied by the stunning English National Opera (ENO) Orchestra with Matthew Brind conducting.

Del Vecchio is a wonder playing Quasimodo. Italian born, he is the only singer in the world to have performed the show in three languages. When he sings he is passionate, and you can feel his love for Esmeralda through his voice. Meanwhile, Tawaji is wonderful as the beautiful and mesmerizing Esmeralda, a role she has played all over the world since 2016. Esmeralda can have any man she wants, but after being kidnapped by Quasimodo, over time she starts falling in love with him. Think Beauty and the Beast and this is what you’ve got – but operatic style. But Notre Dame de Paris is not just opera, it’s grand opera. And in the amazingly beautiful confines of the London Coliseum, it makes for a grand grand show on a grand grand stage in a grand grand auditorium.

Lavoie is also amazing in the role as Frollo – a priest who also has a dirty hand in the abduction and imprisonment of Esmeralda – only because he loves her but she won’t let him have her. Charest as Gringoire is our poet, and commentator, and guides us through this spellbinding production, while Giroux takes to heart his leading man status, and good looks as Phoebus, who woos not just Esmeralda but any pretty woman in sight. And besides the main actors and their amazing singing, acrobatics and break dancers are interspersed with the story. The cast of about a dozen or so jump, climb, twist, turn – it’s all very mesmerizing and choreographed spectacularly, especially when they climb the walls and dive underneath baricades and perform somersalts. It’s all very energetic and sexy.

And Notre Dame de Paris is celebrating its 20th anniversary this year. Having sold out performances across 16 countries and been translated into nine different languages, Notre Dame de Paris originallydebuted at the Palais des Congrès in Paris, 1998. Following its opening, the production was commended in the Guinness Book of World Records 2000 for its record success for a musical during its first year.