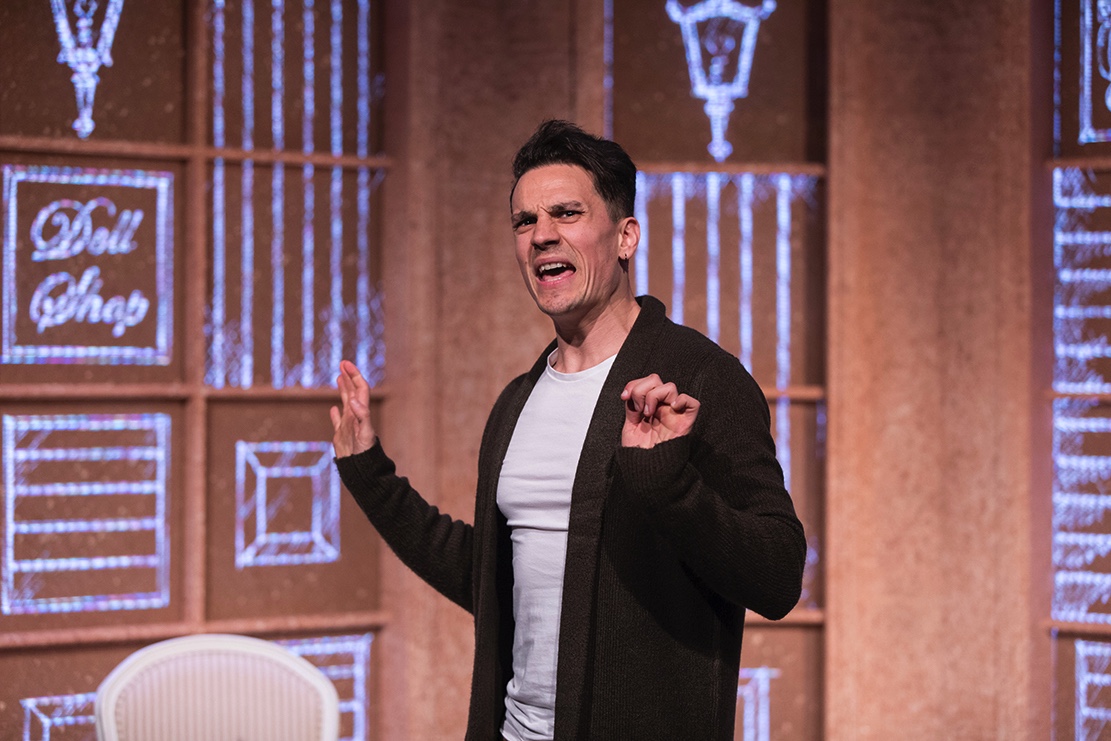 Take a tour through Barbra Streisand’s underground shopping centre – in her home – in the new play Buyer & Cellar.

Is the shopping centre real? That’s for you to decide, but in this brilliant production, you’ll get a bit of insight into the woman who is the most talented, respected and perhaps loneliest biggest celebrity in the world.

Now playing at the Above the Stag Theatre (until November 8th) in a show that never had it’s premiere as it was scheduled to open in mid-March, Buyer & Cellar is nowhere and it’s your chance to go see it in a socially distanced theatre which is perhaps one of the cleanest around!

And Aaron Sidwell is brilliant as Alex More, an out of work actor who gets hired for a mysterious job, it’s a job that no one knew ever existed – to run the shops beneath Barbra Streisand’s Malibu home, shops that are full of her memorabilia. But when Alex encounters La Streisand when she enters the basement, he treats her like any other customer in shops where there will be only one customer – HER. And when she wants to buy a doll, Sidwell cleverly and quickly jumps inter her character, and he effortlessly does her throughout the show. Eventually, Alex feels like he and Streisand are forming a bond each time she comes to the shops, and he yearns to know whether she sees him as a friend or just another employee. As the lines get blurred Alex maintains his composure until he’s invited upstairs to see the house, and he’s hoping this will be the beginning of a beautiful friendship.

In this 100 minutes plus show, Sidwell who holds your attention and masters the dialogue, and draws us into his world – and Barbra’s basement shopping mall. It’s a one-man show – with a larger than life celebrity at its centre, but Sidwell getting the applause.