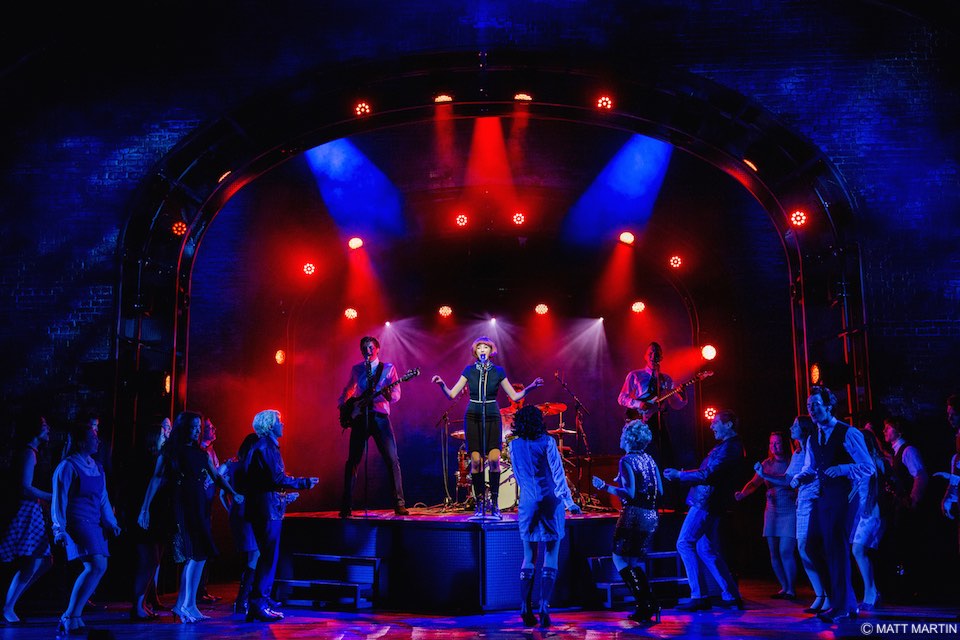 Overall, Cilla is a musical biopic by numbers, with the rise to fame; the self-doubt and the love story all playing their part.

Cilla The Musical is a new musical biopic which tells the story of one of the nation’s best-loved singer turned television personalities, following the star’s journey from humble beginnings as a teenager in the Cavern Club (singing with The Beatles) through to her number one hits and her attempts to crack the American market. Cilla’s backstory lacks the dramatics and off stage histrionics of other stars of the era, such as Dusty Springfield, meaning that the show only broadly addresses her rise to fame; but instead focuses more on her relationships with those around her, and primarily her two managers, Brian Epstein and her self-appointed manager-come-boyfriend, Bobby Willis.

Kara Lily Hayworth appeals in the lead role as Cilla, and effortlessly nails the two big numbers in the production; ‘Anyone Who Had A Heart’ and ‘You’re My World’ with a beautiful singing voice that I could have happily listened to all evening. Nestling amongst Cilla’s hits, the score features a great selection of other songs from the era, such as ‘California Dreaming’, ‘Dancing In The Street’ and ‘Twist and Shout’, which when coupled with the costumes and set provide a real feel of the swinging sixties.

Overall, Cilla is a musical biopic by numbers, with the rise to fame; the self-doubt and the love story all playing their part. The stage direction is lacking at times; and there are no major revelations about the artist’s life in the story, meaning that audiences will come away without much more of an insight into her life than they went in with; but what Cilla The Musical does offer is some solid performances, some of her greatest hits, a nostalgic feel, a vibrant and colourful second act, a smattering of classics sixties songs, a satisfying musical-medley finale and a production which is ultimately enjoyable, feel-good and exceeds expectations.

Cilla is currently on a national tour and details can be found on the show’s website. Thank you to Sheffield Theatres for facilitating the review.