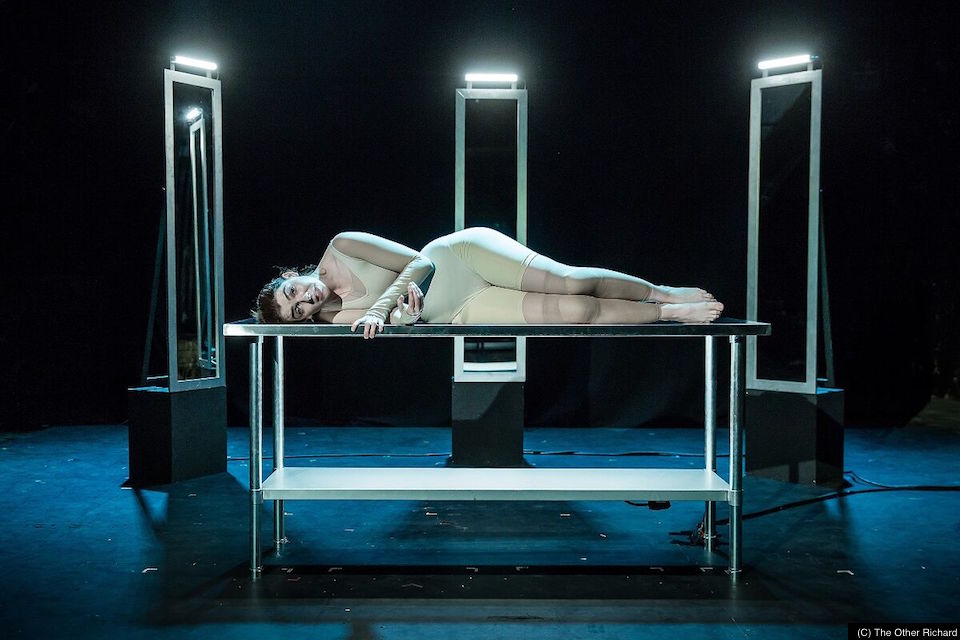 Alice, the central character of Dust, is dead, looking on as the aftermath of her suicide causes unexpected reactions. Don’t expect Patrick Swayze style saucy potters’ wheels or James Stewart’s revelations about how wonderful life is, though. This is certainly not one of those kinds of stories. Life for Alice hasn’t been wonderful at all due to crippling depression. Sounds like the bleakest show ever? Thankfully, at the hands of writer/performer Milly Thomas this is a compelling story that has raw humour and is half gut-wrenchingly sad and half gut-achingly funny.

She’s a 21st-century woman who just happens to have been suffering from intractable depression. She’s also totally relatable. Embarrassing relatives, uncomfortable sex and a boyfriend with a penis that looks like a five-year-olds’ drawing of a mushroom: who hasn’t experienced one (or all) of the above?

Occasionally gross, frequently candid and eminently likeable, it’s hard not to root for Alice, even though you know what’s coming for her. This is a rarely innovative handling of a sensitive subject with all the taboos ripped away.