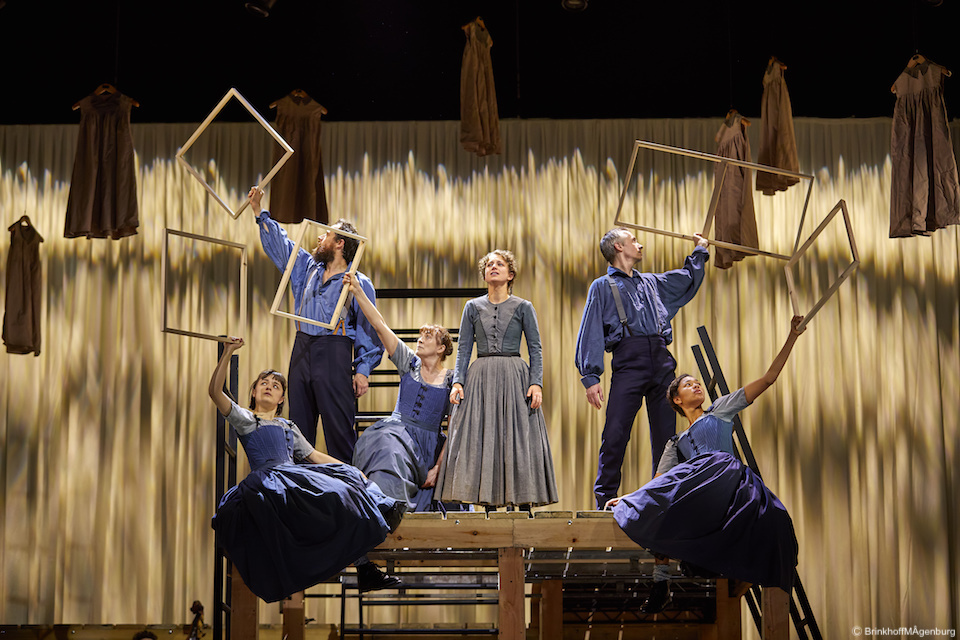 Following being orphaned, Jane Eyre is placed in the ward of her cruel aunt, who favours her own children over Jane and eventually sends her to school, where Jane meets Helen, who teaches her that “there are no evil people, only evil deeds”. Growing into a strong, confident young woman, Eyre becomes a teacher and eventually a governess, and she takes employment at Thornfield Manor, where she meets and falls in love with Rochester, her employer. But Rochester is a deeply complex man who harbours dark secrets and carries with him the weight of a past which is about to come back to haunt him.

Charlotte Bronte’s seminal work needs very little introduction and under the impressive direction of Sally Cookson, the story is beautifully brought to life in this National Theatre production, using a slew of innovative and varied theatrical techniques to provide a highly contemporary take on a classic tale. The set, consisting of a white curtained backdrop and multi-level wooden platforms accessed by a series of ladders and steps proves to be incredibly versatile and surprisingly effective in its portrayal of the various locations. The cast scramble over the set with energy and enthusiasm as they portray multiple characters meaning that there is an almost constant flow of movement on stage.  Simple props and a healthy dose of imagination on behalf of the audience provide for an effective, original and inventive presentation.

Nadia Clifford’s portrayal of the titular character is one which is full of confidence, life and determination, and Tim Delap’s performance as Rochester compliments it well, with his aloof and brooding quirkiness. Overseeing events is Melanie Marshall, who observes and narrates key aspects of Eyre’s life with bursts of jazz infused song utilising her beautiful and distinctive voice. The remainder of the cast play numerous roles with clear demarcation between characters and, in the case of Paul Mundell, with a little humour injected into the proceedings.

Quite what Bronte purists will make of the production is unknown, as, whilst the production sticks closely to the source material and lifts out text, passage and prose from it, this is not your run of the mill period costume drama. Instead, it is a refreshingly inventive, highly stylised and imaginatively presented piece which never loses the spirit of the novel, and which is as trailblazing and as forward thinking as the central character herself.