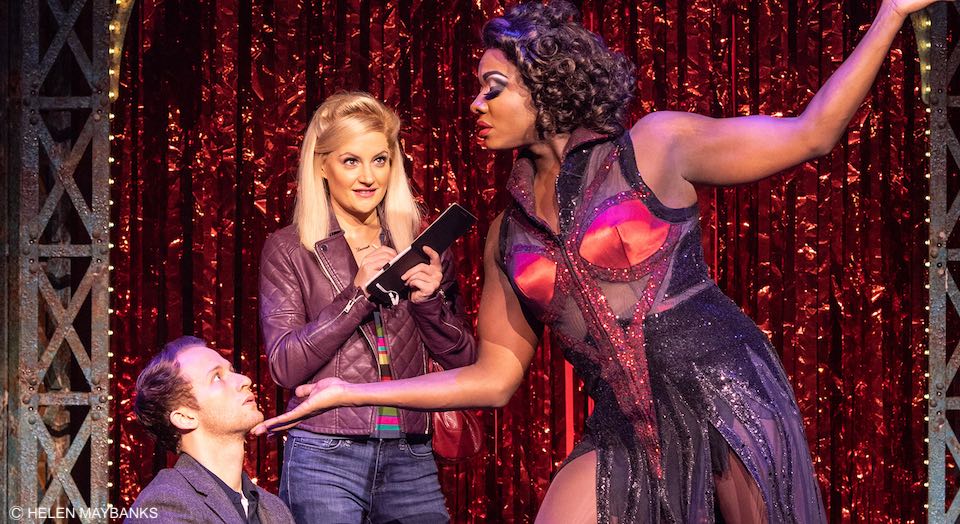 When his late father’s shoe factory is on the brink of closing down, Charlie readies himself to shut down the business; but a chance encounter with Lola, a drag queen, changes his fortunes, as he realises that the factory needs to continue making men’s shoes, but by doing so, needs to exchange brogues for high heels, and make a range of quality shoes for drag artists. But how will the new venture go down with the workers in Northampton?

Kinky Boots is one of those shows whose reputation precedes it, and for its inaugural UK Tour, it does itself proud. For a touring production, Kinky Boots is a big show which oozes west end quality in its presentation and is slick, polished and professional; the set is superb, with its factory paraphilia littering the stage and the live orchestra only adds to the atmosphere.  Putting aside the rather flimsy plot, the show is all about the big production numbers, especially the gymnastic qualities of Everybody Say Yeah at the closing of Act 1, and the glamorous finale Raise You Up.

From his explosive entrance in Land of Lola to a tender, powerful delivery of Hold Me In Your Heart, Kayi Ushe is absolutely delicious as Lola, stealing the show as he easily transitions from cracking camptastic cabaret to moments of tender vulnerability, standing head and shoulders above the cast. The rest of the cast are perfectly serviceable, but to be fair to them, it’s hard to compete with such a dominant stage presence.

Based on a true story, and with songs by Cindi Lauper, Kinky Boots is packed full of colour, glamour, sequins and high energy musical numbers; and provides for an uplifting, smile-inducing, feel-good piece of theatre which effortlessly entertains and proves to be tremendous fun

Kinky Boots is at Sheffield Theatres until 22nd July 2019, before continuing on its national tour.