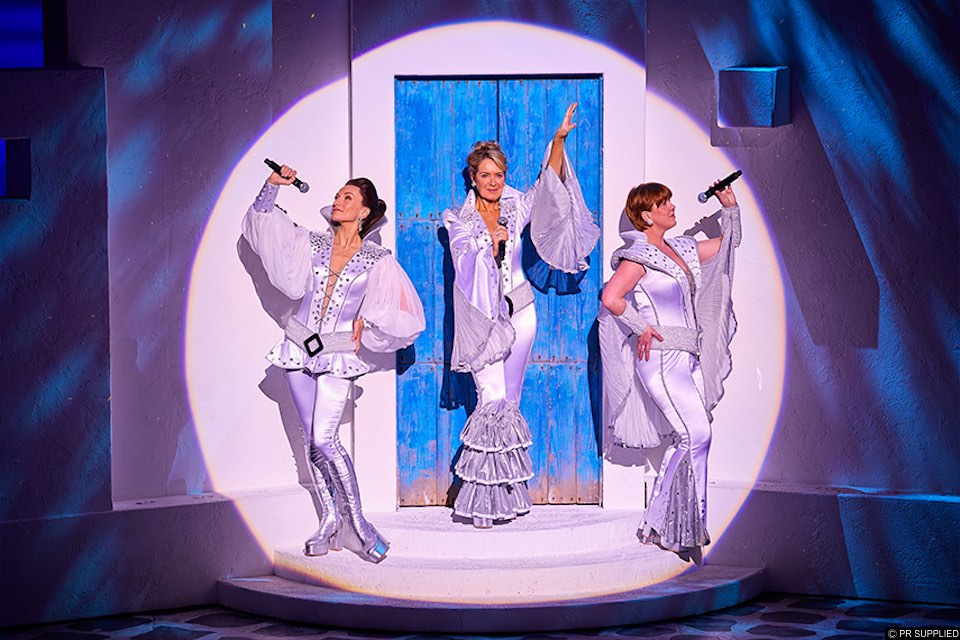 Currently on its first ever UK tour, Mamma Mia is a show which needs little introduction. Based around the hit songs of Abba, the show has been a phenomenon for many years and continues to pack out theatres with its sunny setting, perfect pop and feel-good factor.

But where the show really succeeds is in the fact that it remains an absolute crowd-pleaser and presents itself with a real sense of fun. It’s a show which cranks up the camp, ditches the story and plot and goes all out to enjoy itself. It’s not perfect by any stretch, but by the time the crowd are on their feet singing and dancing at the end, you know that you have had a good couple of hours of escapism and managed to kick-start your summer.
Mamma Mia plays at The Marlow Theatre, Canterbury until 29th July 2017
Review taken from the Sheffield Theatre’s production.