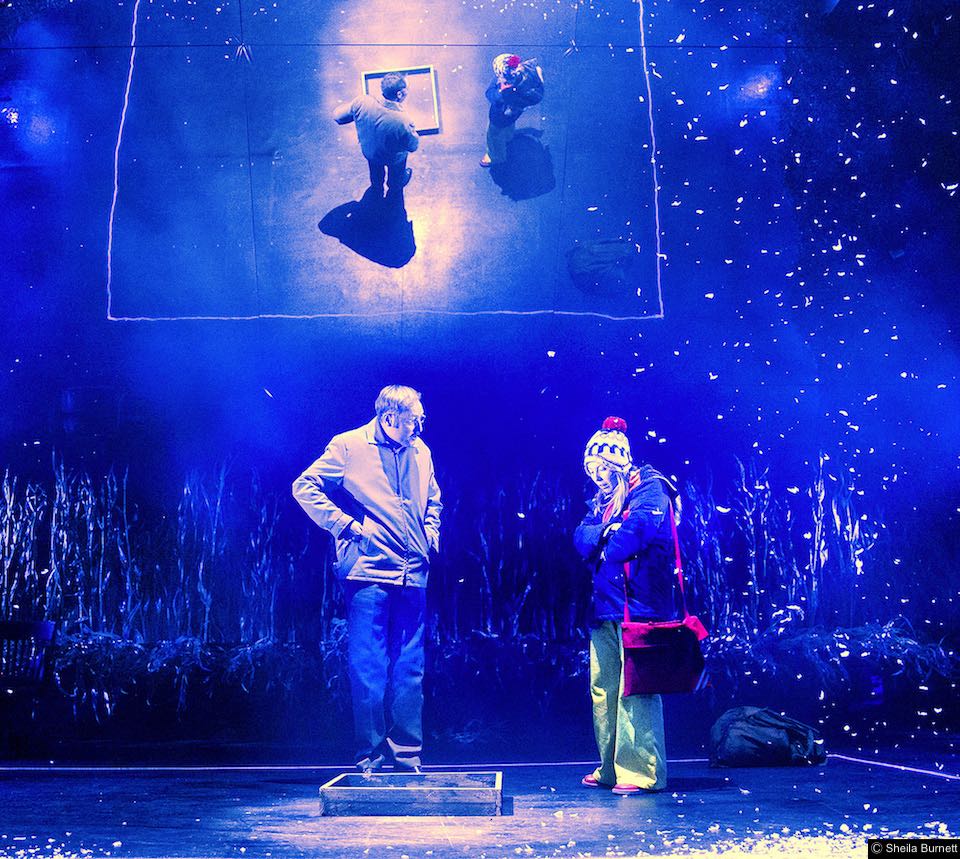 This production was a visual marvel with versatile, complex sets and effects that made you jump. It was 1 hour and 45 minutes long without an interval, so you were drawn to the story and scarcely had a chance to breathe.

– a chilling and sombre affair

A lot of people celebrated Halloween dressed up in fancy and harrowing costumes while others chose to visit The Birmingham Rep to watch The Lovely Bones adapted by Bryony Lavery.

This production was a visual marvel with versatile, complex sets and effects that made you jump. It was 1 hour and 45 minutes long without an interval, so you were drawn to the story and scarcely had a chance to breathe.

Based on the novel by Alice Seabold, it depicted well the account by Susie Salmon as a ghost, and the frustration of the book though the intensity of the book was way more gripping. Adapting a novel with nail-biting tension and translate it to the stage was always going to be a big ask. This play, however, did a great job with multi scenes going on at once which helped cancel out really drawn out scenes which can happen when an adaptation is too literal.

Charlotte Beaumont played Susie and she was very believable. Her growing anger and annoyance were superbly achieved. Mr Harvey played by Keith Dunphy was exactly how you would imagine him to be in the book, said my friend. His voice and slow movement made for a very sinister character – the audience felt on edge whenever he appeared on stage as he was getting away with murder, literally. Jack Salmon played by Jack Sandle was very captivating with his passionate and energetic portrayal. Karan Gill was a dexterous multi-part player and was brilliant at playing Holiday, having the whole auditorium in stitches with embodying typical characteristics of a dog. Abigail Salmon player by Emily Bevan performed her last speech with emotion and sincerity, but there was some inconsistency with emotion when finding out about her daughter, or it was perhaps the very fast changes of time that did not allow for Abigail’s grief to be fully explored. Pete Ashmore played Detective Fenerman, and he was brilliant in this role really adding to the frustration of the unsolved murder. As a teenager, it was not as convincing, for his voice was too mature. I struggled to imagine him as Lindsey Salmon’s boyfriend. Susan Bovell brought out the comedy in this dark story with her bad-mother act and stirring issues within the family. Her portrayal of Lynn was a great fete.

The set, designed by Ana Inés Jabares-Pita, really was the highlight for me with chalk becoming luminescent and the ingenious mirror effect, so it looked as though Susie was looking down from heaven as the scenes unfolded.