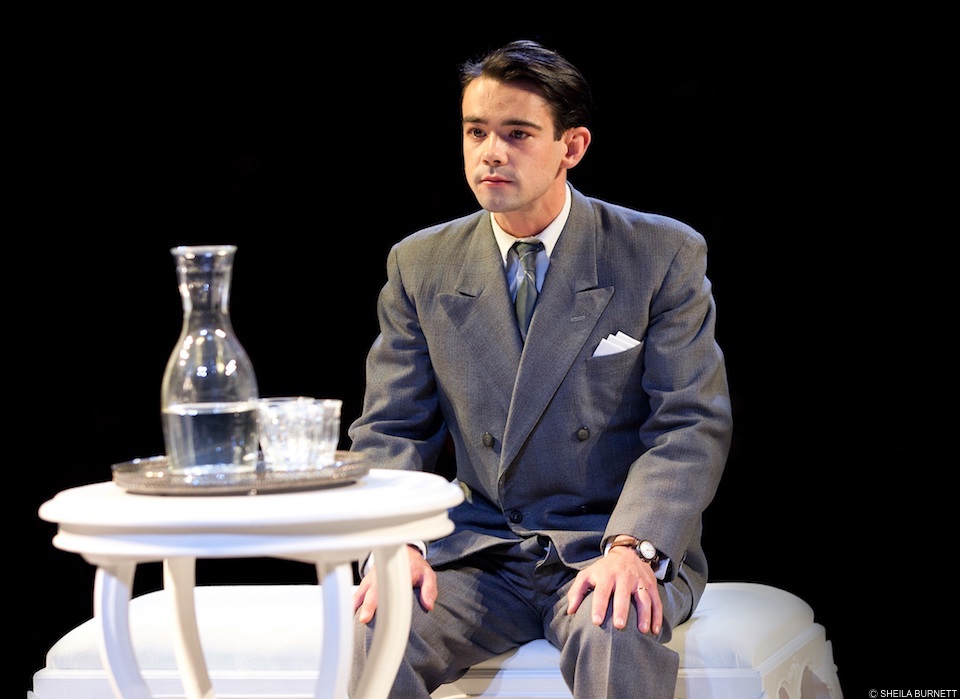 Depending on your age and/or love of black and white films, you may know Witness for the Prosecution from the classic 1957 film with Charles Laughton and the divine Marlene Dietrich. No? Maybe you saw the recent BBC adaptation with Kim Cattrall as the murder victim, wealthy Emily French? No? Well, either way, you’re in for a treat. Even if you already know the deliciously cunning twists in this courtroom drama, you’re going to be knocked for six by the production.

1950’s London and personable working class chap Leonard Vole is up before the courts, accused of bludgeoning to death a lonely (and rich) older woman in her St John’s Wood home. Things aren’t looking good for Leonard, especially as she’d just changed her will in his favour, and the gallows are looming. His only alibi is from his glamorous and frosty Teutonic wife, Romaine but will she vouch for him in court and help his cause or are things about to take a more complicated turn?

Agatha Christie’s dramas are often wrongly seen as somewhat twee and cosy; the stuff of Sunday afternoons with a nice cup of tea. Here, you get to see Christie’s dark mind in all its sinister glory in a blood-splattered tale that is horrifying at times. OK so there’s the usual parade of thinly sketched and clichéd characters but that’s part of Christie’s charm too.

One of the big draws of this production is the staging. Set in a courtroom, here we see it staged as authentically as is possible as we’re in…yes…a courtroom. Well, almost. It’s a debating chamber inside the sumptuous, disused, Art Deco County Hall (at the back of the London Eye, behind the aquarium) and it’s convincing. You could almost be in the public gallery watching the drama unfold. It’s high drama and more than a tad camp as there’s a soundscape of echoing footsteps, clanging doors and assorted gasps. It’s a thrill ride of chilling and thrilling twisty-turning fun.

Forget The Mousetrap, Leave that for the West End tourists and head down to Westminster for a rare treat.