Anti-gay, ultra-conservative group, ForAmerica tried to shame NBC and Macy’s for showing two girls kissing in the annual Thanksgiving Parade and they got slammed by Twitter. 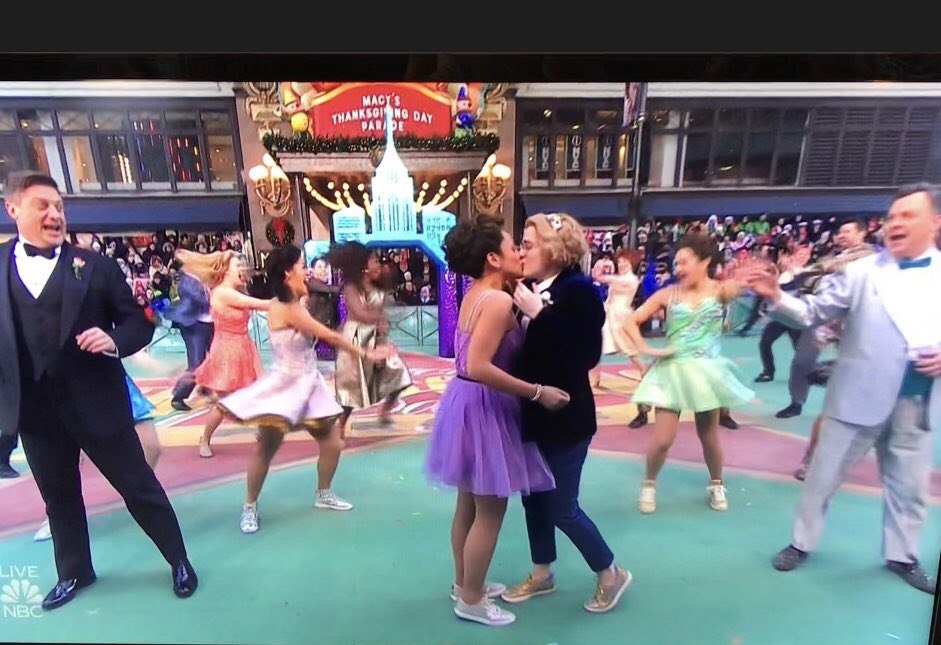 ForAmerica says its aim is to “reinvigorate” the public with the principles of exceptionalism: freedom, prosperity and virtue, but when they criticised broadcaster NBC and famous department store Macy’s on Twitter for showing a lesbian kiss, they got their asses handed to them.

Millions of small children just watched two girls kiss and had their innocence broken this morning. @nbc and @Macys just blindsided parents who expected this to be a family program, so they could push their agenda on little kids. #macysthanksgivingdayparade #MacysDayParade pic.twitter.com/EmCLSfNmAj

The tax-exempt, not-for-profile organisations said that Macy’s and NBC had blindsided parents in order to push “their agenda” on them.

ForAmerica‘s original tweet was commented on over 8700 times, most of which were lambasting the organisation, while it received a meagre 1800 likes and under 500 retweets, at the time of publishing.

While Morgan Jon Fox reminded ForAmerica that “Millions of small children will grow up to be gay & have families,” before reminding ForAmerica that what they witness was “called love”

Spoiler alert, Millions of small children will grow up to be gay & have families. It’s called love, familiar with that concept?

Many called for ForAmerica to reevaluate its morals

Ugh grow up. Kids don’t care & I would hazard a guess that the majority of Americans didn’t bat an eye. The only group who seemed have been bothered are people who are trying to spread their hateful homophobic agenda.

However, this user seemed to have the best suggestion yet: