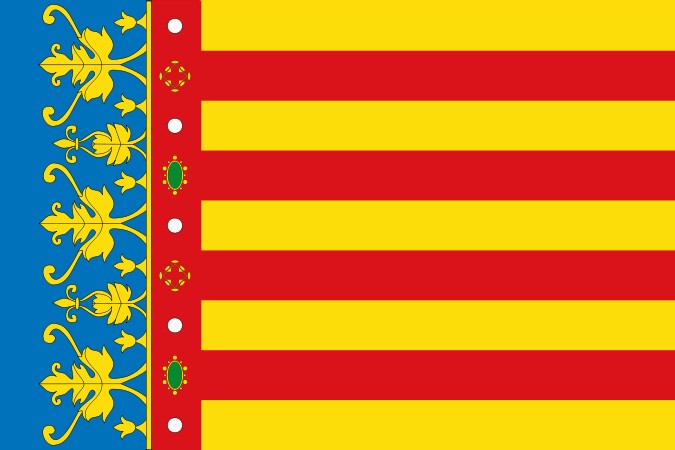 A Gay In Valencia

The sun poured down upon me as I stepped off the jet for my 36 hours non-stop whirlwind tour of Valencia. Now this is the kind of article I like to write. Sun, sea and Spain. I was in Valencia, Spain’s third largest city, for the launch of Ford’s brand new Kuga, but why not kill two birds with one stone, look at the car and marvel at its wondrousness and secondly get some quality time in Spain and write about one of the most gay friendly cities in Spain.

Even though it was the 1st of February the temperature soared above 26 degrees and even the locals admitted it was a bit of a rarity for so early on in the year, however I didn’t mind having only just hours before left the grey, dank and ever so depressing 4.00AM morning of Great Britain.

Almost a second home for us Brits, Spain has it all, great wines, great food and abundance of sunshine and the lesser known destination of Valencia is an incredible jewel on Spain’s eastern seaboard, nestled a few hundred miles below Barcelona. It has it all, azure seas, miles of soft, spongey sands, bustling cafes, shopping, culture and art.

First stop on my gay in Valencia was the iconic and otherworldly Ciutat de les Arts i les Ciències (City of Arts and Sciences). Extraordinary in their design, these incredible structures rise out of crystal pools of water and house an array of the weird and wonderful. Take a moment to just marvel at the sheer engineering of these iconic buildings, you could be on the set of a futuristic Hollywood blockbuster. The first of these sheer enamel coloured forms is the L’Hemisfèric which was completed in 1998, it houses Valencia’s IMAX, Planetarium and Laserium, other buildings include L’Oceanogràfic (the largest open air oceanographic park in Europe, and the immense El Palau de les Arts Reina Sofia, Valencia’s own opera house, giving even Sydney’s superstar Opera House a run for its money.

After lunch, hot foot it over to the Institut Valencià d’Art Modern (Valencian Institute of Modern Art) to catch up on the latest and greatest from the world of modern art, however if this is all too much like hard work, you could always grab a coffee at one of many downtown cafes and simply watch life go by.

After a quick refreshment, off to the shops to emerge yourself in the many little boutiquey fashion outlets, many of them carrying some rare vintage pieces, and the owners are always happy to help, and even converse in English if Spanish isn’t your strongest talent.

If you want to get trendy, then head over to Ruzafa, which is the place for all your exclusive, concept shopping needs. You simply must check out Caroline, one of coolest places in Valencia. The shop aims to boost designers’ profiles, but allows only products that fall into Caroline’s exclusive product philosophy. Whilst there check out Garage Vintage for vintage 70s, 80s and 90s clothing and Gnomo, where you can find decor, lighting toys and all manner of gadgets. However if you’re looking for more recognisable high-street names then head over to Colon, which is the main shopping street.

The marvellous thing is that almost everywhere in Valencia is walkable and because the weather is usually so fine, it’s lovely to meander down the back streets of this ancient, dusty romantic city.

So onto dinner, well Valencia isn’t short of a few places to eat and if your into extreme dining pleasure than I can only recommend dining at the 3 Michelin starred Vuelve Carolina for some sensational cuisine. The chef upon hearing I was vegetarian, did not scream obscenities at me and chase me down the street with a carving knife in one hand and a leg of pancetta in the other – but made a bespoke, gorgeous plate of fresh sea vegetables and fresh baked breads, hummus and other tapas delights. Don’t forget the Spanish don’t tend to eat till late so don’t expect the party to get started until ten.

After dinner you might want to experience a bit of the gay nightlife in Valencia, well there are some great little hotspots in town. The majority of Valencia’s gay area is centred around the old town in the Barrio Del Carmen. Valencia is said to be more liberal than both Madrid and Barcelona. There are plenty of bars, clubs, saunas and accommodation options in Valencia.

I stayed at the five-star Hotel Santos Las Arenas, a beautiful, plush hotel which boasts sea views and is planted right on the beach front. The bedrooms are cool and decorated in typical elegance, whilst you can lavish and de-stress in your room’s shower/bathroom, with high end cleansing products. I’ve never quite experienced a shower like it, you’ll just have to believe me when I say, even your feet will thank you for the hydro massage. The numerous spas, pools and relaxation spaces will invigorate as well as rejuvenate the senses before you leave for a brisk walk along the promenade taking in the sites of beach life in Valencia, catch early morning joggers and yoga practitioners as they shape up for the day ahead. The staff are trained to an exceptional level and nothing is too much trouble and many, if not all, are multi lingual. You can call the hotel directly at +34 963 120 600.

Before you head off back home make sure you visit the Modernist Mercado Central, it’s one of

Europe’s largest indoor markets. The vendors and stalls sell a remarkable array of goods from fresh fruits and vegetables to robust wines and brawny cheeses, and in the middle of it all you’ll find a Tapas haven, perfect for a spot of lunch before boarding the jet back to Blighty.